Java celebrated its 20 years anniversary with the giant cake on the stage of Moscone North at Oracle – Java Open World conference this year in San Francisco and the speakers highlighted the most memorable Java events of the last two decades. Scott McNealy, longtime CEO and co-founder of Sun Microcomputers that was acquired by Oracle, joined the Java keynote via internet. As an iconic executive & passionate programmer Scott shared his top 12 Java developer nightmares of 2015 making the audience laugh.

As of today, Java devices outnumber the number of people on the earth. There are 13 billion devices running Java, including 200 million medical and 1 billion automotive devices. It is the number one development platform with 10 million developers worldwide.  The platform is strong and continues to move forward not only on devices, but in the cloud as well. The key for these products, is not just smart sensor but the network and connectivity of any device to the cloud, so it communicates to the cloud and back. On the top of that connectivity, the Java environment has a real time system of analytics that transforms the network to knowledge network. 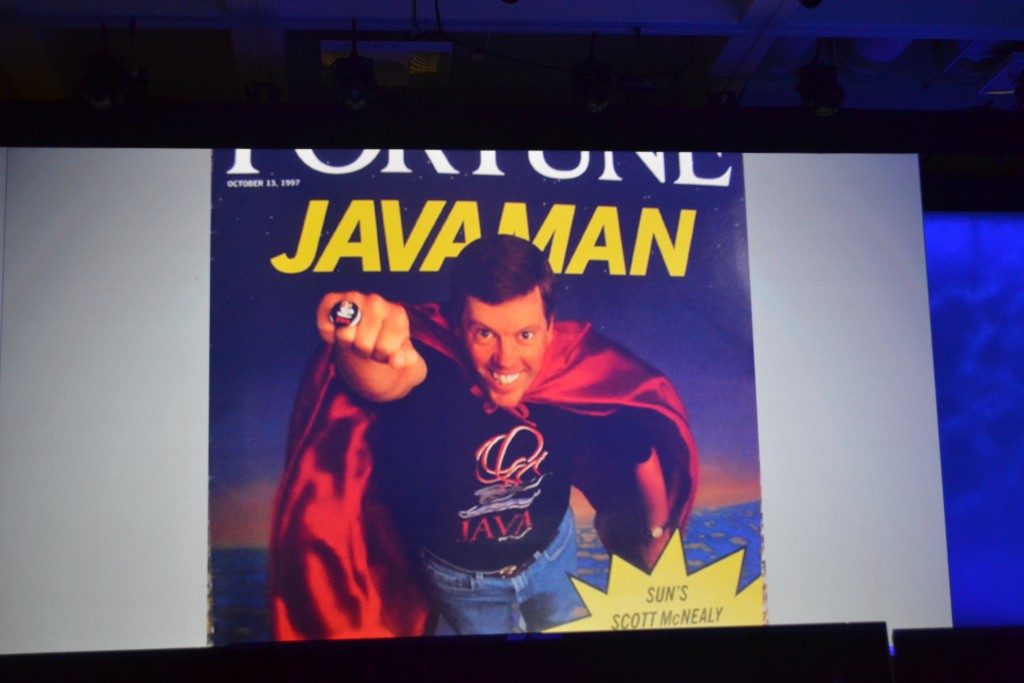 The growth of Java is closely connected and driven by the growing IoT market. So the question to be asked is how big is IoT? There were many estimates given at the conference on how the IoT market is going to grow for next few years. They vary from 50 billion to 200 billion devices. Ericson and Cisco estimate 50 billion, Morgan Stanley 75 billion, but IDC expected 200 billion.

Congratulations Java and wish you many more years.