Not surprising, an International flavor permeated this year’s computer Game Developers’ Conference (held at the Moscone Convention Center March 18 and 19, here in San Francisco). Delegations from Europe and parts of Asia included dozens of new game titles, and literarily hundreds of people. First-person shooting games remain popular, as were puzzles — fail to solve them at your peril.

Active and visible were offerings from the Polish delegation. Games sampled, along with sausage and kielbasas, at the “Polish Party,” included Game titles include “Witcher 3: Wild Hunt,” a 2015 medieval combat scenario, “Monarchs and Mountains.” Many of these titles include impressive realistic imagery. https://www.google.com/search?tbm=isch&q=polish+video+games&chips=q:polish+video+games,g_1:poland&sa=X&ved=0ahUKEwiCxtqokpDaAhVJwmMKHSMrA7YQ4lYIKCgA&biw=1280&bih=615&dpr=1.5#imgrc=JJ1YCmcKC7MRLM:

The goal is to promote the uniqueness of the Polish gaming industry, says Lukasz Plesnowicz, a spokesperson for the delegation. Polish game developers are very “integrated” the designer says. He cites a B2B award in 2014 for “This War of Mine,” a game demonstrating the sense of despair (the decreasing number of choices) of residents in a war-torn city. http://store.steampowered.com/app/282070/This_War_of_Mine/

In fact, Poland has its own independent games festival, says Jan Kleszcgski The country’s support for the video gaming industry has paid off: The segment was worth an estimated $279.6 million in 2014, according the investors’ newsletter VentureBeat. https://venturebeat.com/2014/11/22/the-birth-and-growth-of-the-polish-game-industry/

Jakub Marszalkowski “head geek” for the Polish Gaming authority cites the “deep story lines” of many Polish games, in contrast with intensive graphics supporting the on-screen runners or shooters. Popular Polish game titles like “Witcher” are easy to play, says Marszalkowski. The experiment with games as a “story-telling form” is recent.

But the experiments with intensive story telling is hardly peculiar to Polish games. The GDC also highlighted games from Europe (Swiss Nex), whose promoted title features a time-travel journey (“All We have is Time), Norway, Scotland Pavilion at GDC, and Korea, among others. Countries and multi-country consortiums touting products and infrastructure at GDC include:

A European consortium called “Swiss Nex” enables monetization for games with a block chain ecosystem for creators. In one game, a user brandishing a digital wallet hunts for “digital collectables.” A branch the Swiss arts council, Swiss Nex operates from San Francisco. https://www.swissnexsanfrancisco.org/event/swissgames/ 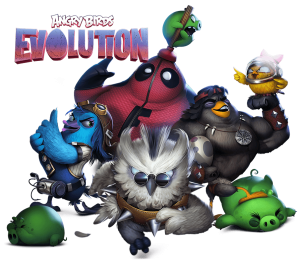 The virtual reality “Eye of the Temple,” puts the play on the ramparts of an ancient castle, climbing on brick steps which may-or-may-not be real. Try not to fall over. Sanctum Dreams, the game’s creator, is based in Denmark. Its software runs on Macs, Linux, and PCs (but not consoles).

Norwegian Games are published by Innovation Norway, a subsidiary of the Norwegian Film Institute. Promoted titles include “Mosaic,” a tale of loneliness in an urban environment, “oVRshot,” a virtual reality game for multiple shooters, and “Trolls vs. Vikings 2,” a war game with trolls and dragons

“Fight the Horror” is a multi-monster attack uses an Unreal processing engine to depict attacking Zombies. The game’s main character, reminiscent of Laura Croft in “Tomb Raider,” must “fight, kill and resolve puzzles” according to the creator Lam Kai Wa (“Tony”) of 4DMacau. The first product out of Macau, “Fight the Horror” is slowly making its way into Hong Kong and Taiwan, where a government bans made it illegal to promote the horror game category. (No exploding heads here.)