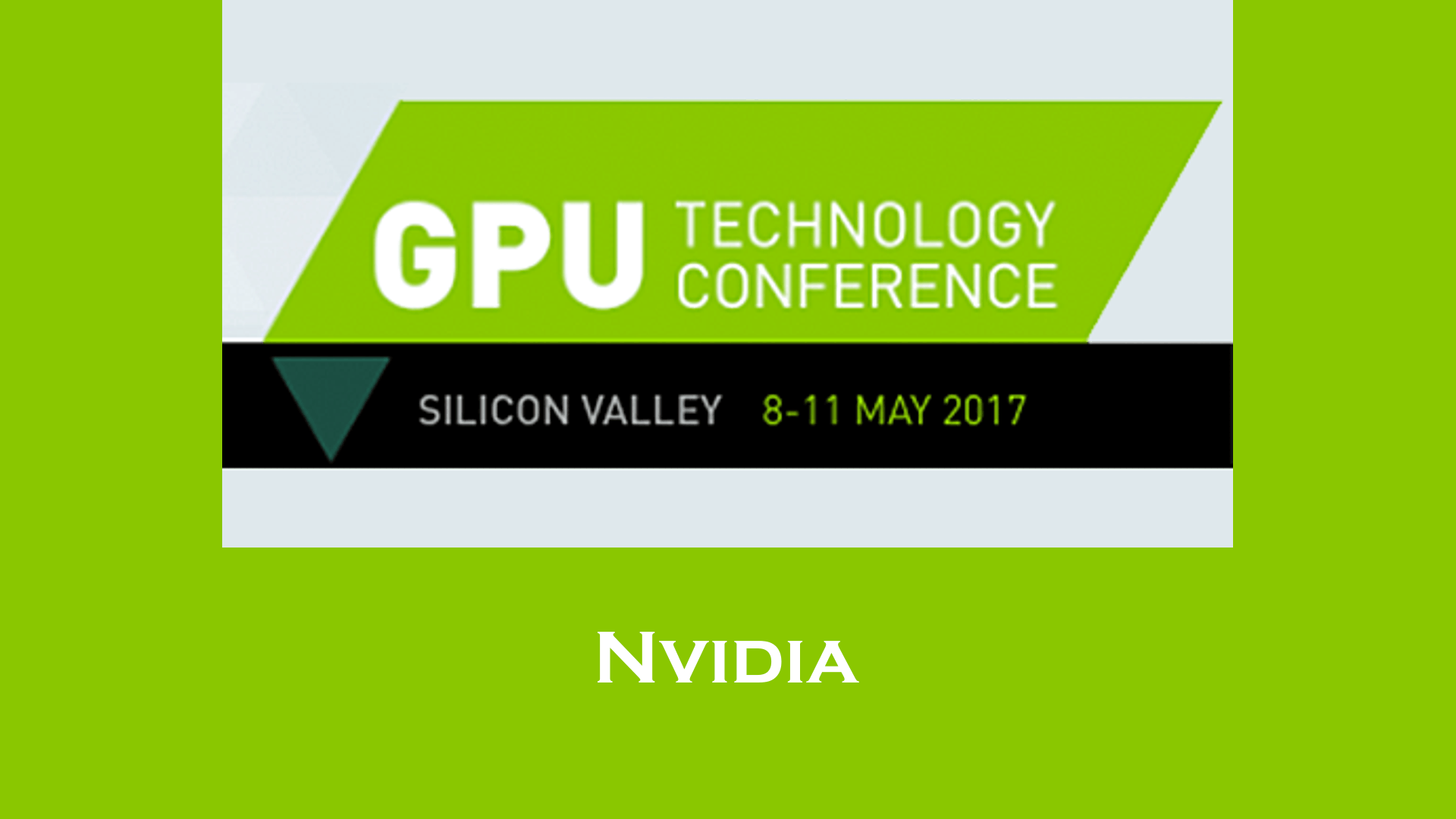 The episode can be found at Roadway.Media as Bright Blue Innovation S2 Ep10 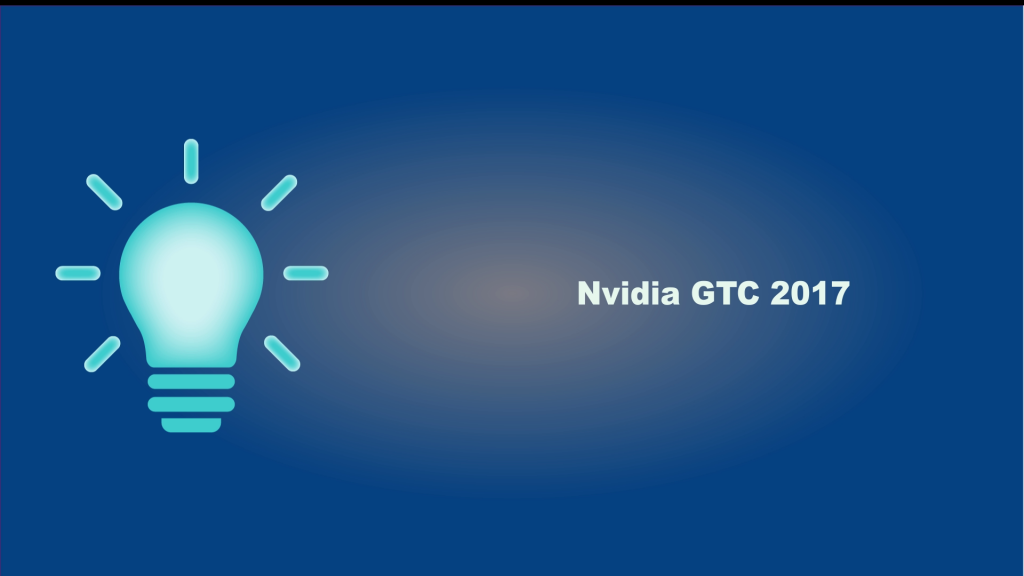 Bright Blue Innovation and host Lidia Paulinksa continue their coverage of the 2017 NAB show from2017 NAB. This episode is focused on studio and enterprise side of storage and production issues related to both broadcast and streaming content creation and delivery. It features highlights from product offerings by Reidel, Black Box, Brainstorm, Vocal Booth, Countryman Associaties, Promise Technology, DellEMC, Quantum, Sony and Captioning solutions from Vitac.

The episode can be found at Roadway.Media as Bright Blue Innovation S2 Ep9 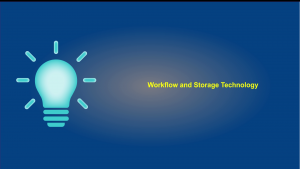 Fathom events, May – Richard Strauss’s (1864-1949) passionate and lush opera, Der Rosenkavalier, was presented live in High Definition cinema on Saturday, 13 May 2017 to hundreds of delighted audiences in movie theatres throughout the world.  It was a one-night-only performance broadcasted live from the Metropolitan Opera House in New York City.  It’s world premiere was at the Konigliches Operahaus  in Dresden in 1911 where it was enthusiastically received. It has remained a favorite operatic staple ever since.

Although designed as a comic-social opera, Der Rosenkavalier operates at a more emotionally deeper level. The end of the Habsburg’s dynasty was right around the corner, and the bitter-sweet quality of that time reflected on the plot. Only a few years after its premiere of Der Rosenkavalier, the symbolic end of the Habsburg Monarchy was marked. In 1916, Emperor Franz Joseph, after a reign of sixty-eight years died and then two years later Europe experienced First World War, the conflict that defined the century. The society never looked quite the same and new nation states were established in the former Habsburg territories.

Strauss was enamored by the female voice and his opera is famed for the beautiful arias for the three female roles consisting of two sopranos and a mezzo-soprano: Marschallin, Octavian and Sophie. Marschallin, Princess von Werdenberg, who is having an affair with the young count Octavian, conscious of the difference in age between herself and her lover, muses over the passing time, growing old and men’s inconstancy. Renee Fleming, who sings one of her signature roles as the Marschallin, received the warmest applause from the audience. Her opposite Elina Garanca as Octavian made her first North-American performance as the impulsive young title character, who easily changed an object of his feelings from Marschallin to Sophie, the young daughter of a wealthy arms dealer.

The intrigue begins when Baron Ochs, the Marschallin’s country cousin, who is engaged to Sophie meets Octavian, who is disguised as a chambermaid to avoid discovery in the Marschallin’s bedroom, makes advances towards “her’. The Marschallin is appalled at the thought of the rude Ochs marrying an innocent girl. In the second act on behalf of Ochs, Octavian presents Sophie with a customary silver engagement rose and two of them instantly fall in love. Sophie, who has never met the Baron before, is shocked by her fiancé manners and refuses to marry him. Octavian determines to teach the Baron a lesson, setting up a rendezvous as the “chambermaid”.  In the final scene, Octavian takes off his disguise, Ochs admits defeat and leaves, Octavian and Sophie are united, as the Marschallin with dignity wonders how she lost her lover so suddenly.

The additional attraction of Fathom events are interviews with its cast, crew and production teams. The host during Der Rosenkavalier’s intermissions was Matthew Polenzani, who makes a small appearance here as Italian singer.

Set Designer, Paul Steinberg and Costume Designer Brigitte Reiffenstuel have brilliantly succeeded in creating stunning sets of time at the end of Habsburg empire led by the vibrant conducting of Maestro Sebastian Weigle.

Once again, Fathom Events in cooperation with the Metropolitan Opera, has offered appreciative audiences world-wide an incomparable opera experience for which we are all grateful. 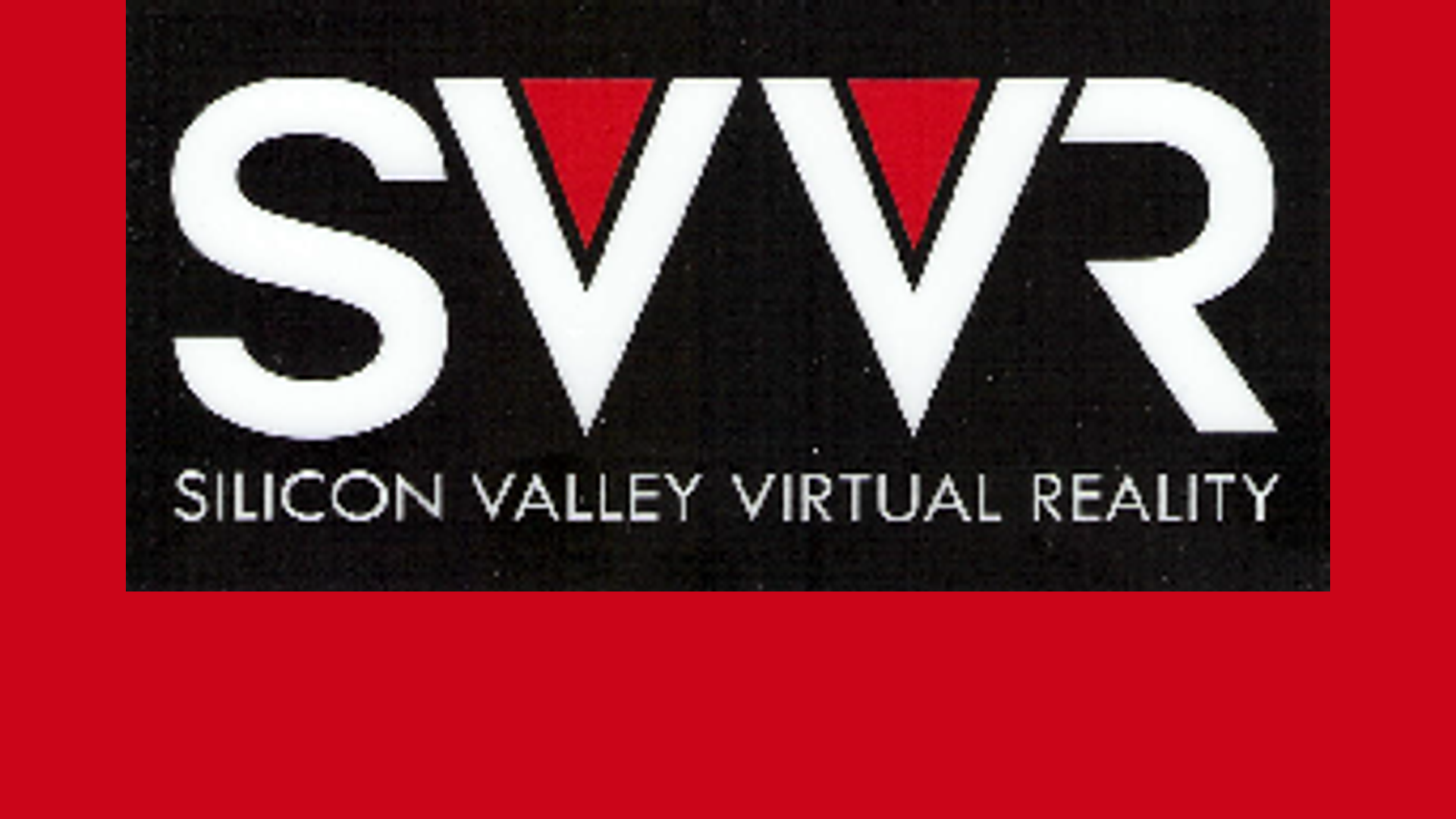 SVVR 2017 – Interviews and Applications of VR in SJ

Bright Blue Innovation and Host Lidia Paulinska, visit the 2017 Silicon Valley Virtual Reality Conference (SVVR2017). At the event she had a chance to talk to the co-founder of the event, several of the influential speakers and key technology exhibitors showing cameras, accessories and applications for the VR marketplace.

The episode can be found at Roadway.Media as Bright Blue Innovation S2 Ep7 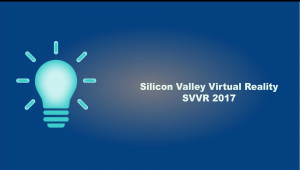 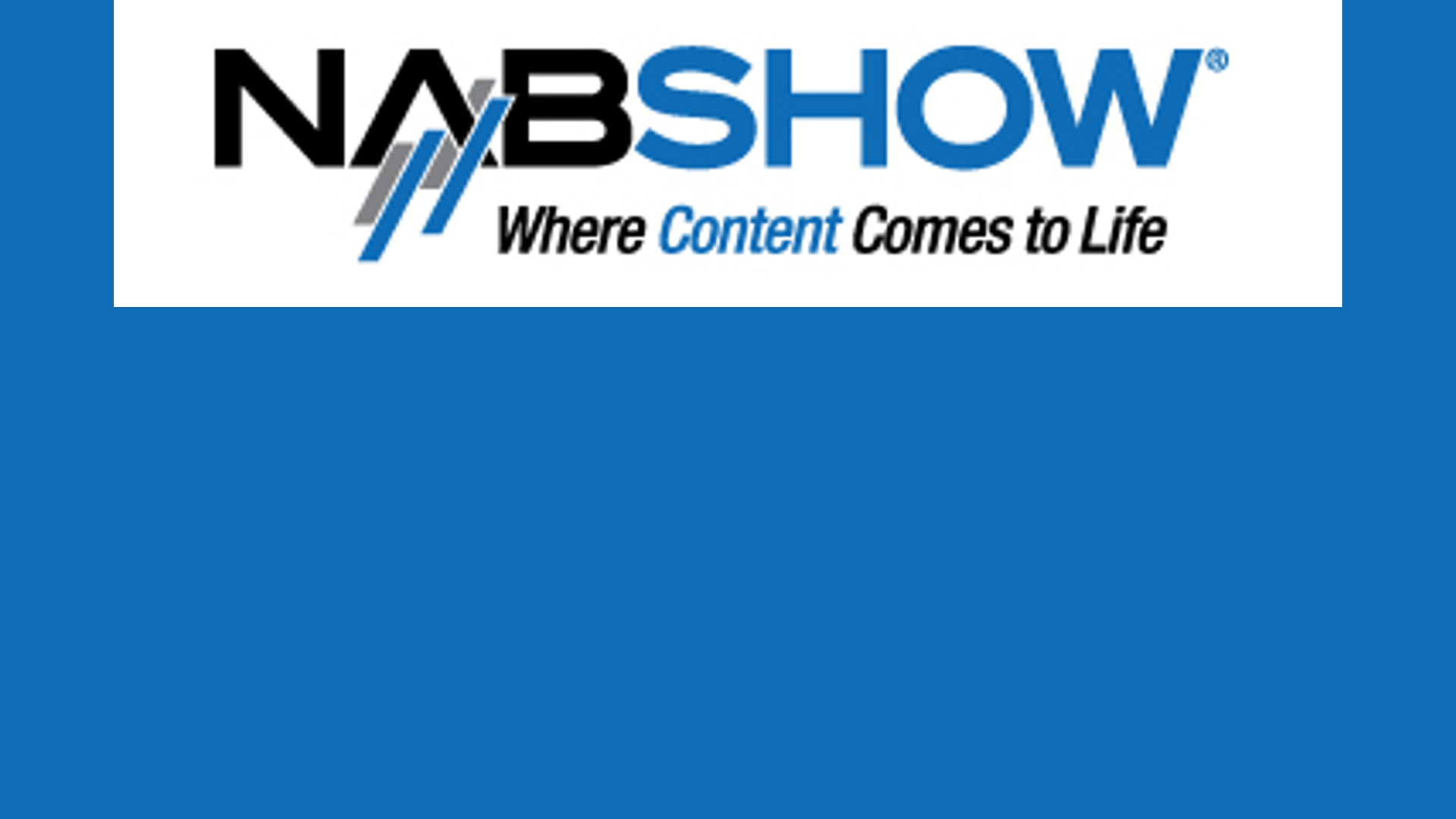 The episode can be found at Roadway.Media as Bright Blue Innovation S2 Ep8 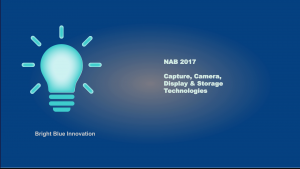 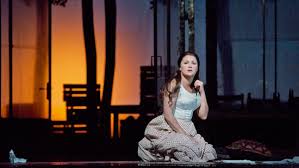 Eugene Onegin – an Opera in Three Acts by Tchaikovsky

Fathom events, April –  Pyotr Ilyich Tchaikovsky’s masterful Eugene Onegin, Op. 24, an opera in three acts and seven scenes, was presented live from the Metropolitan Opera in New York as part of the Live from the Met Series for a one-time only screening on Saturday, April 22, 2017. The libretto, adapted by the composer himself, closely follows Alexander Pushkin’s (1799-1837) classic poetic novel by the same name. Pushkin’s personal life was not without drama, for he was fatally wounded in a duel with his brother-in-law, a French officer serving with the Chevalier Guard Regiment (created by Catherine the Great in 1764), who was rumored to be having an intrigue amorous with Pushkin’s wife, Natalia Pushkina.

Eugene Onegin had its premiere in Moscow, March 29, 1879 at the Maly Theatre. The American premiere was given on March 24, 1920 at the Metropolitan Operas in New York at which time it was sung in Italian rather than the traditional Russian.

The current production has a distinctive Russian “feel” to it, with costumes and setting reminiscent of a Chekhov play.  In fact, Prince Gremin’s aria, “To love both young and old surrender” from Act III, Scene 1, is actually hummed by the characters Vershinin and Masha in Anton Chekhov’s masterpiece, Three Sisters.

The time and place of the action is a St Petersburg dacha (country estate) and surrounding countryside in the 1820s. Tchaikovsky’s story line is faithful to Pushkin’s novel. Madame Larina, a widow (uncredited in film’s info sheet), has two daughters: the shy and romantic Tatiana, sung by Anna Netrebko,  who spends her time reading novels, presumably “romantic,” and her free-spirited younger sister Olga, sung by Elena Maximova. Olga is being courted by their neighbor, a young, naive poet named Lenski, sung by Alexey Dolgov. Lens visits with his aristocratic, boorish and arrogant friend Eugene Onegin with whom Tatiana instantly falls in love.

In the second act, Onegin reluctantly accompanies Lenski to Tatiana’s name day celebration. Bored by the event, he distracts himself by flirting with Olga which infuriates  Lenski and prompts him to challenge Onegin to a duel in which Lenski is killed, an irony that foreshadows Pushkin’s own demise.

Act III takes place several years later. Upon returning to St Petersburg after traveling abroad, Onegin attends a ball at which Prince Gremin introduces his young wife.  Much to Oregon’s astonishment, he recognizes her as Tatiana and now realizes he actually does love her. He sends her an impassioned love letter, begging her to leave the Prince and run away with him. Tatiana confesses she still loves him but cannot leave her husband. Onegin is thus left desperate, and alone.

This strong musical production, featuring Tchaikovsky’s magnificent score and fine orchestration provided by Maestro Robin Ticciati, with much vocal virtuosity by the cast, suffered considerably due to the lifeless and bland production provided by Deborah Warner with sets by Tom Pye.  The sunroom windows and doors of the dacha, for example, were completely draped with lifeless canvas from floor to imagined ceiling (the set had no walls or ceiling to help project the voices into the house). The drearily drab canvas not only deadened the vocal projection of the singers, but also visually presented an unremittingly dull and wearisome backdrop which was not changed for all three scenes of Act I. The extraordinary singers deserved better.

Otherwise, this “Onegin” was a worthy effort on the part of the inimitable Met and a valuable experience for opera cinema lovers world-wide who might not otherwise have the opportunity to experience a live performance from the world-renowned Met.