Welcome to Omniverse – One Shared Unified World for Filmmakers

This has been in the works for nearly 25 years with the company, who have been long trying to make this happen throughout the years, worked closely with Pixar Animation Studios.  With Omniverse, the production pipeline in producing a full featured animated film now has become much simpler and more efficient in the process, as well as being a big money saver for the Hollywood animation studios.

Huang explained, “If you take a look at a major film and it cost something like $300M to 350M to produce that film and the vast majority of it is post production which is otherwise known as rendering and it might take something along the lines of that year and a half a year to year and a half.”

“If you could even save one month on what is otherwise a one year long project, the amount of money you could possibly say is in the millions and so this is one of the reasons why this industry is such in a hurry to find ways to accelerate the rendering process and to accelerate the production process.”

Making animated films has always been labor intensive throughout the complete complex rendering pipeline; from the beginning of its concept, modeling, texturing, rigging, animation, lighting and finally, the rendering process itself.

“You have to render it make it look totally perfect…and then once you create the character, you have to composite a whole bunch of other characters in the scene and all the environments and all the special effects…are done in physics simulation it is so so complicated.”  Huang continued, “…a few shots may be assigned to a studio, a few shots would be assigned to another studio… as a result, multiple studios in multiple sites are all working on a movie at the same time.”

In addition to Pixar, there are presently more than 200 animation film studios around the world but you can now work with any film studio no matter which continent they are located in.

Astonishingly, graphic artists and designers will be able to view updates made in real time, as though they are in the same room sitting next to each other through NVIDIA’s Omniverse Viewer, which gives users a live look at work being done in a wide variety of tools.  No matter where the filmmakers or studios are, even if they are working with on remote laptops, Omniverse connects and unifies all the designers together from anywhere making it one identifiable project, instead of hundreds of small projects that studios have been so accustomed to throughout the years.

To top it off, the Omniverse Viewer delivers the highest quality photorealistic images in real time by taking advantage of rasterization as well as support for NVIDIA RTX RT Cores, CUDA cores and Tensor Core-enabled AI.

“With Omniverse, NVIDIA has created a product artists will be eager to put to work,” said Guido Quaroni, vice president of Software at Pixar. “When we open sourced USD, our goal was to make it easier to combine complex characters and environments into a single scene. Omniverse raises the bar, leveraging USD to enable scalable real-time collaborative workflows across some of the industry’s major software packages.”

With Omniverse, artists can see live updates made by other artists working in different applications. They can also see changes reflected in multiple tools at the same time.

As a result, artists now have the flexibility to use the best tool for the task at hand.

For example an artist using Maya with a portal to Omniverse can collaborate with another artist using UE4 and both will see live updates of each others’ changes in their application.

Whether it’s Epic Games, Adobe or Autodesk, or any other Pixar collaborator, they are all encouraged by the new platform, as it allows artists to collaborate regardless of the tool they use and without the need for time-consuming conversions.

“We love the idea of connecting tools from all vendors to enable collaborative workflows,” said Tim Sweeney, CEO of Epic Games. “We adopted USD and MDL to streamline workflows where assets originate from many different applications, so it’s great to see NVIDIA extend that ecosystem to enable live connections with simultaneous updates.”

“Omniverse is an exciting concept that will enable artists around the world to collaborate on digital content creation,” said Sebastien Deguy, vice president of 3D and Immersive at Adobe. “We look forward to seeing its development and evolution.”

“We’re thrilled to explore the potential of NVIDIA Omniverse to give our customers access to immersive, interactive and collaborative experiences across industries,” said Amy Bunszel, senior vice president of Design and Creation Products at Autodesk. “We share their vision of better world modeling and simulation. By combining USD and RTX, Omniverse promises to accelerate the future of design and make.”

Huang professed at the Keynote address, “I can’t wait to see the first major motion movie made by Pixar, rendered completely on RTX”.  With Omniverse, it should be even more productive.

“To infinity and beyond!”

Here is a video demonstrating Omniverse at the Keynote, with CEO Jensen Huang. 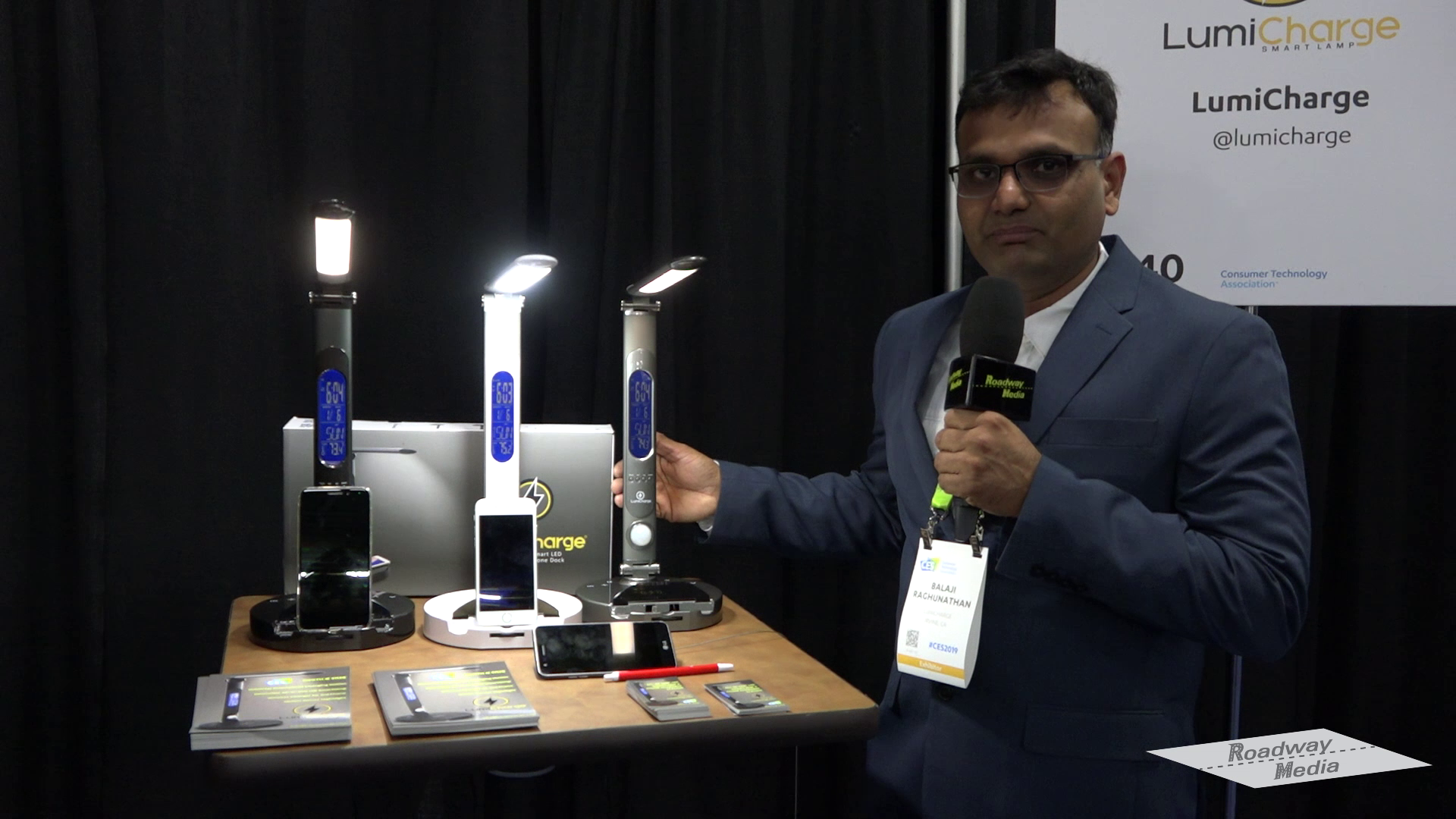 Second generation of LED lamps from Lumi Charge at CES 2019

Lumi Charge introduces the second generation of LED lamps at CES 2019.  The Lumicharge II adds new features to the original, including wireless charging, smart watch attachment and programmed daylight savings.  Included is a universal phone charger that includes a USB charging station for multiple devices. The dimmable LED desk lamp also allows you to change color temperatures and brightness levels and offers three different lighting options and includes a built-in motion sensor. The Smart Desk Lamp with Digital Clock has an LED that displays the time, date, day of week and the temperature.

Here is the link to the full coverage of their offering: 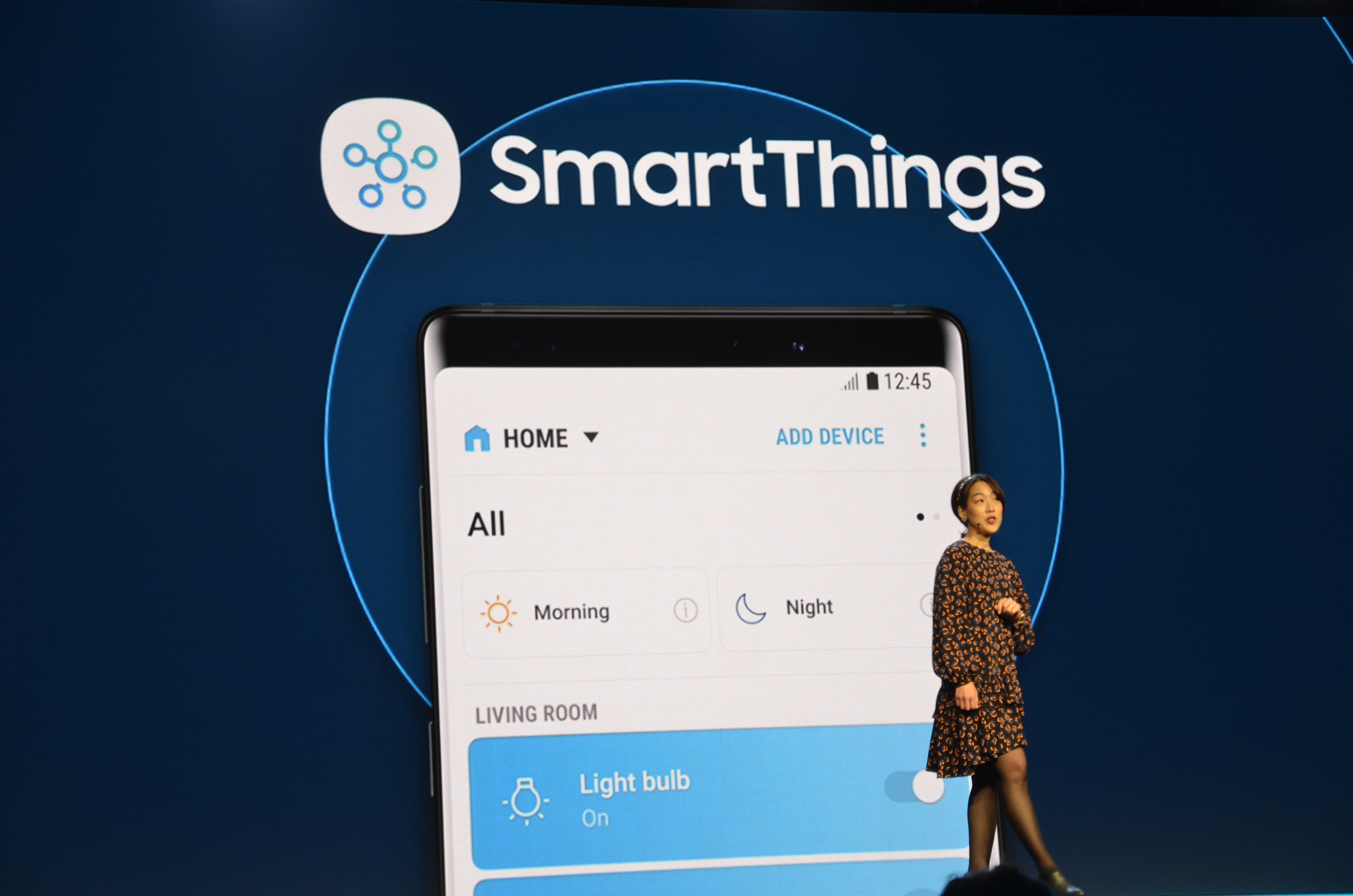 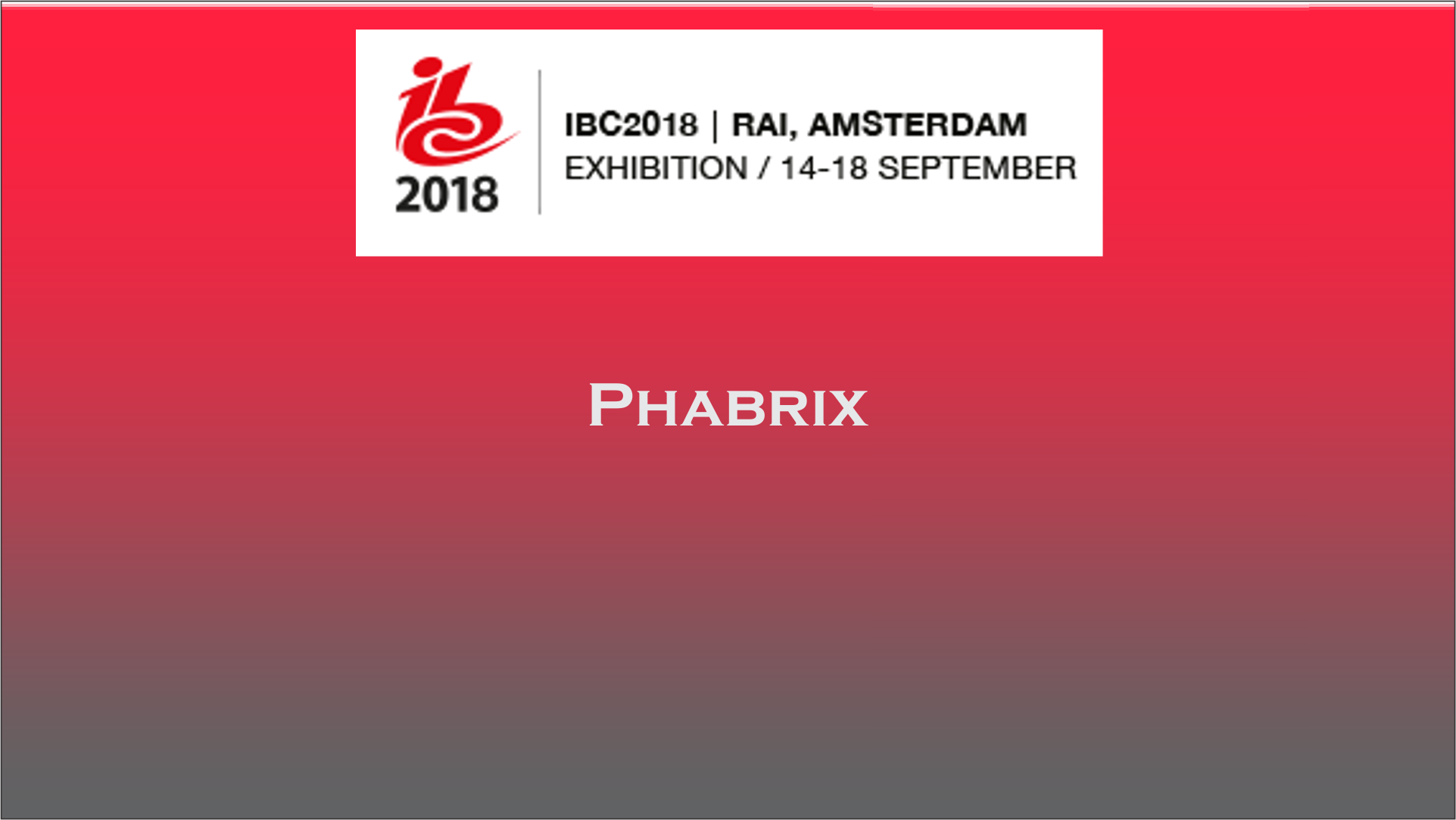 At the IBC 2018, Phabrix showcased their latest hybrid IP/SDI, HDR, 4K/UHD and HD test and measurement solutions. It features strengthened IP analysis with both SMPTE ST 2110 and 2022-6 support, support for all live HDR production formats, as well as our brand new SDI STRESS option for SDI interface stress testing.

Bright Blue Innovation is pleased to be a media sponsor of IBC 2018, premier broadcast technology and content creation technology event that was held September 12-16 in Amsterdam, Netherlands. 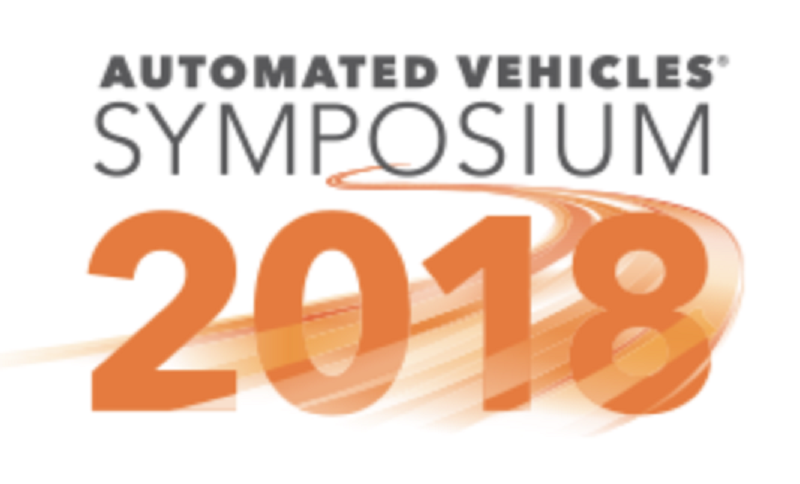 Here are the video sneak peeks from expo floor at Automated Vehicles Symposium 2018 in San Francisco.  The Expo featured segments from Continental presenting its Intelligent Intersection Technology, Velodyne Lidar sharing its advances in sensor technology that provides realtime 3D data, and from the educational side, Texas A&M Transportation Institute and Virginia Transportation Institute focusing on the infusion of technology into transportation and the role of research agencies in the process. 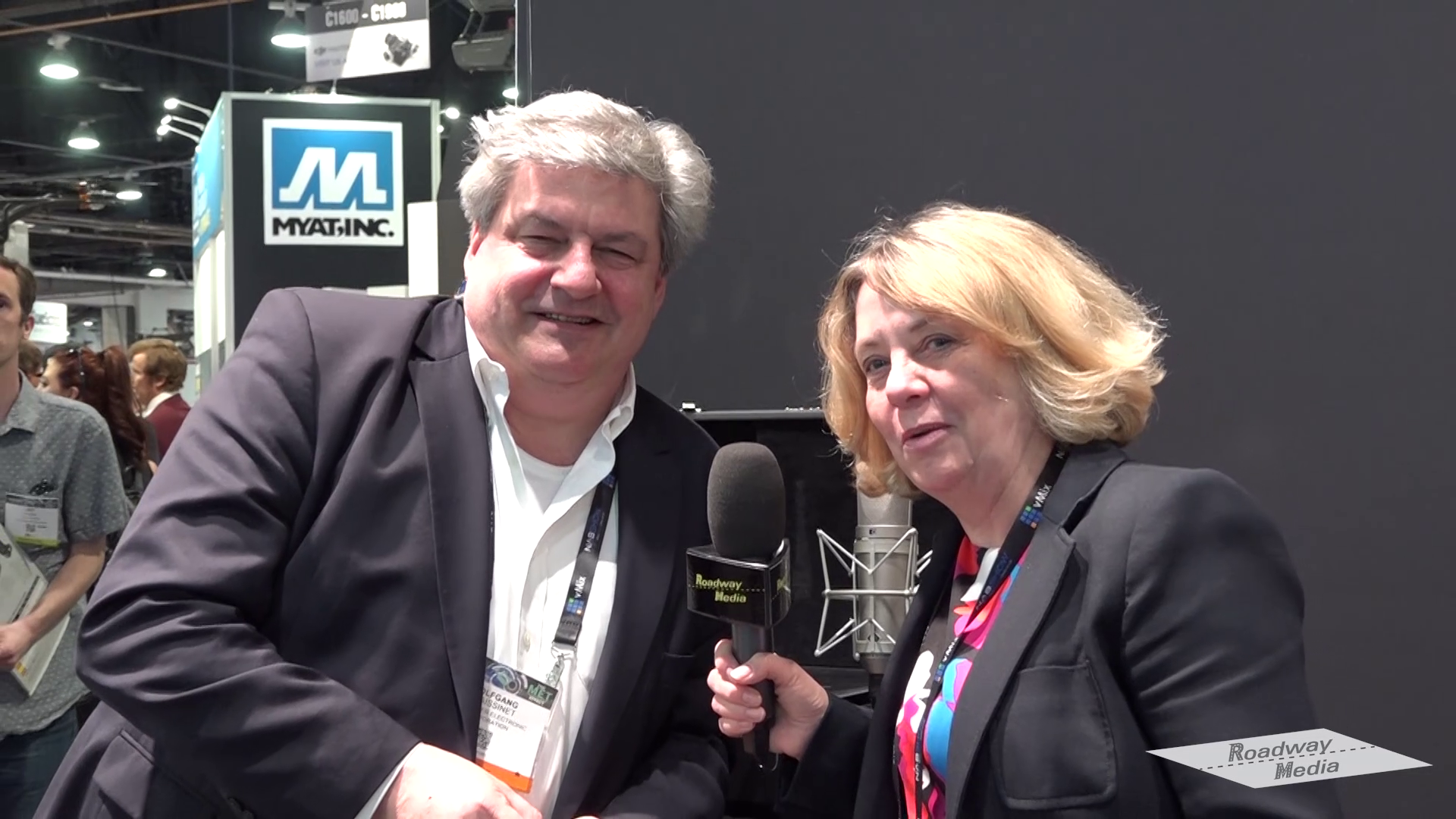 April 2018 – At the NAB show in Las Vegas, we had a chance to talk to Neumann CEO Wolfgang Fraissinet about the reissued U67 vocal tube microphone and the rollout to the broadcast community of the Generation 4 Evolution wireless system.  The G4 technology is the first major update, primarily to address the spectrum auction impact on audio and wireless, in over 25 years.

The introduction to the reissued microphone and the new wireless technology are summaries in the following interview and demo.