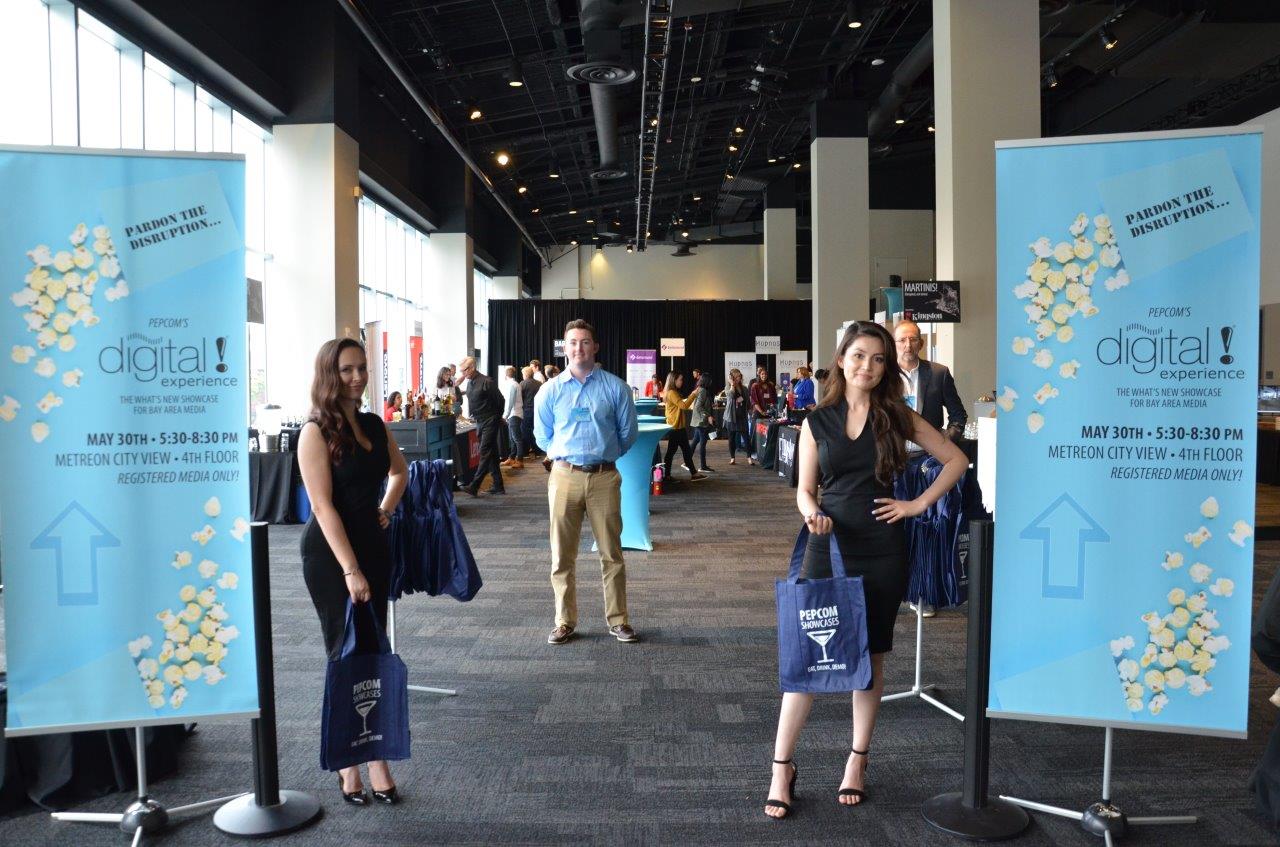 A Wide Array of Innovative Products at SF PEPCOM Show

Pepcom’s “Digital Experience just had their show late last month at San Francisco’s Metreon City View, where a wide array of technology companies exhibited their latest innovative consumer products to the members of the press.  The demo showcase was a much more intimate affair compared to previous shows.  The usual categories ranging from computers, connected home, and personal health were there, as were some unusual products like mine detectors, hacking games and digital license plates.

As a journalist who eagerly looks forward to this event every year, but at the same time is beset with miserable seasonal allergies, it can be quite challenging to have enough energy for me to even get to the venue.  Around this time, I have a sniffling, runny nose along with a cough that I can’t ever seem to get rid of.  Unfortunately, this year was my worse bout with allergies ever and wasn’t even sure if I was suffering from just allergies, a cold, or a combination of the two.  To top it off, I had a sinus infection, as well.

Luckily I stumbled upon the Tivic Health booth where they were demonstrating their bioelectronic device called the “ClearUp Sinus Pain Relief”.  Since I was still suffering from allergies and a sinus infection, I couldn’t think of a better candidate than myself to try it out.  Using non-evasive microcurrent waveforms, the procedure just took five minutes of gliding the product around the nose, top of my cheek and above the eyes, the product vibrates certain treatment points on my face.

After the treatment nearly a month later, it seems my allergies were minor and nearly non-existent. I’ve never breathed freely in the month of May and June in over a decade.  It’s been a big relief for me, since I usually am coughing in the middle of the night for several weeks at a time and not getting any sleep.  Perhaps it was a combination of the antibiotics and the treatment, but I can swear this gizmo seemed to work pretty well for me, even by trying it once.  I really may just want to buy one of these for my well being, as it just got its launch on Indiegogo this month.

In terms of latest and greatest in innovation in the Entertainment arena, one of the best products for movies, music and gaming comes from a company mainly known for gaming; HyperX.  They developed an amazing gaming 3D 7.1 surround headset, powered by Audeze 100mm Planar Magnetic Drivers, that can rival audiophile headsets.  Not only do you get the best in gaming effects, but the best in movie sound effects, as well as a pure live sound in music that tracks your head, using Waves Technology, in a 360 degree environment.  This is an item that brings out the best in sound effects for anything you listen to.  I couldn’t take the headset off as I was impressed with the technology of this gadget.  This headset will be released in Q3.

Kingston Technology added a new product in their microSD line with another innovative product that will tailor to the needs of security cameras, including home surveillance and dash cams.  The Kingston MicroSD High Endurance series (32GB, 64GB, 128GB) will stand through the most extreme conditions as it can continuously record 20,000 hours of 1080p video on a 128GB card on security cameras and dash cams.  That’s about 2 years and 3 months of non-stop recording.  No need to worry about the housing of the card, as it will protect no matter how cold or hot the temperature becomes or no matter how blistery or wet it becomes.

We all heard of Miracle-Gro plant food that we feed our plants with.  Now they have come out with an innovative hydroponic growing system called the Miracle-Gro Twelve Indoor Growing System., which was also designed to be stackable, if more plants are needed.  This would be useful for people who have a need for herbs all year around, such as basil and mint or vegetables, such as lettuce and kale.  Now no need to worry about whether or not the herbs are in season ever again.  No watering systems are needed; just electricity and some space indoors.  Via Bluetooth, you can control watering, feeding and the lights from your smartphone’s app.  Notifications may warn you when you are low in water or if the water pump is stalled.  Seems like anyone can now be a Tom Thumb if they have a smart-phone, but don’t forget to give it some Miracle-Gro nutrient food.

There is a new resurgence in searching for precious metals these days.  Like the 49’ers  in California back in the 1800’s searching for gold, today’s technology has improved with the combination of a smartphone app as it can detect what metals are underneath the surface ground.  Miners and adventurers alike are now buying metal detectors in droves, making Minelab the global leader in metal detection technology in Gold mining.

Offering two different metal detectors, the “Go Find” series, which makes an affordable and fun activity for the entire family, just like how mushroom hunting can be, and the “Equinox” series, for the die hard user with a multitude of options who knows exactly what type of metal they are searching for.  Designed more for the archaeologist or mine squad experts.

The Reviver Company has come out with an industry first: a digital licence plate.  They have been working very closely with state regulatory agencies in collaboration with the DMV.  They have been fully approved by California and Arizona with Texas and Florida not far behind as they have already passed legislation with more states to follow.

Of course, the real question is do we really need a connected licence plate?  It may sound funny, but it is simply an advancement of the “smart-car-connected car” going full fledge into the smart cities infrastructure world that we will be all apart of .

It will help benefit consumers, businesses and state agencies —from automated vehicle renewals, to parking and tolling, to safety and security.  Since the plates are essentially built-in hardware that is capable of updating via software, it will make it much more fun for the registered vehicle user to be able to customize their plates and adding their personal messaging, such as “I’d rather be running…for president”.

Personally, I wouldn’t mind having one saying, “I’d rather be at Pepcom”.