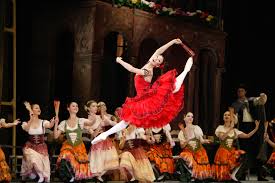 April, Fathom events – Arthur C. Clark, the renowned English physicist and science fiction novelist, once wrote:  “Any sufficiently advanced technology is indistinguishable from magic”  (Profiles of the Future, 1961), and this prescient observation is nowhere more apparent than today, 55 years later, with the phenomenal bursting forth of the Digital Age that has swept the globe over the past couple of decades and has impacted almost every aspect of our daily existence.  Within this relatively brief period of time, digital technology has profoundly and irreversibly changed our lives … forever!  We only have to ask ourselves, has our day-to-day routine been altered significantly by our smart phones, the internet, GPS, Hi-Definition TV & cinema , the inevitability of self-driving cars, or any of the other thousands of data tech innovations that pervade the very essence of our culture?  I suspect most of us would unhesitatingly respond with a resounding “Yes, absolutely! “

You may justifiably ask, “What does all this have to do with Don Quixote?”,  the venerable  Russian ballet which was first performed in 1869 by the Ballet of the Imperial Bolshoi Theatre in Moscow?  Well, the current production of the enduring “Don”, viewed live for one night only on April 10, 2016, has been seen by thousands of people in hundreds of theatres throughout the world on giant Hi Definition digital cinema screens (Pathe´ shot for the big screen with 5.1 sound and 10 HD cameras creating up-close and vivid pictures 3-times the definition of 1080p TV!)  and is essentially based (with considerable variation) on the same work choreographed 147 years ago in Moscow by the great Marius Petipa (1818-1910).*

What does the Data Revolution have to do with a 147 year old Russian ballet?  That question was answered for me the evening of April 10th in my local movie theatre.

Thanks to transformational digital technology which has forever changed our lives with smart phones, the internet, emails, Facebook, etc., more people viewed the Bolshoi’s Don Quixote the one evening of April 10th  than had ever seen it in the past 147 years of it’s existence!  And if that’s not revolutionary, I don’t know what is!  In 1776 when the Bolshoi was founded, for example, it could take six weeks to send a letter by square rigger across the Atlantic from London to New York.  Now we communicate with people on the other side of the planet or even circling the earth in space stations in milliseconds, one thousandth of a second, which is almost “indistinguishable from magic.”

Today’s Don Quixote by the Bolshoi resembles Cervantes’ novel in name only, with the character of the Don only occasionally making rather awkward non-dancing appearances on stage, with the “heavy lifting” of the evening left almost exclusively to the very able chorus which is indicative of Alexander Gorsky’s** reworking of the Petipa original.  Both Petipa and Gorsky continue to be credited with the choreography in the program notes, and Leon Minkus’ original score continues to thrill, but the ballet has once again been “updated” to suite the changing expectations and tastes of a modern audience by Alexei Fadeyechev, (Bolshoi artistic director,1998 – 2000), yet still retains all the grandeur, perfection of style and precision execution the Bolshoi has been known for in its celebrated 240 year history.

In 1917, Sergei Diaghilev, founder of the famed Ballets Russes, who transformed the world of ballet, ushering it into the modern age, issued a challenge to Jean Cocteau who had asked him what were his ideas regarding a ballet they were producing.  Diaghilev famously replied, Etonne-moi!! … “Astonish me!!”  and the result was the immortal Parade,  produced by impresario  Diaghilev, designed by Pablo Picasso, composed by Erik Satie, and set to a story by Cocteau.

It has been said that our digital world can only become more incredible over time, joining art and technology, in ways now unimaginable.  “Magic?” Perhaps … “Astonishing?”  Unquestionably!

* Marius Petipa’s Don Quixote was subsequently modified over the years by rival Bolshoi choreographer Alexander Gorsky who completely transformed the ballet in 1900, creating a version radically different from Petipa’s original which infuriated him, and Gorsky’s version continues to be a permanent part of the Bolshoi repertoire to this day.  Petipa, who was born in Marseilles, France, is universally considered to be the single most influential ballet master and choreographer in ballet history.

** Alexander Gorsky (1871-1924) was a renowned Russian choreographer and a contemporary of Petipas’, both serving at the same time at the Bolshoi.  However it was never an easy relationship.  A quick check with Wikipedia reveals, “The largest change that Gorsky made to Petipa’s (Don Quixote) choreography was the action of the corps de ballet.  Instead of being a moving background as the corps often was, they became an important part of the drama.”  (Wikipedia … 2016 Apr 8, 02:33 UTC….)

Rather than being nothing more than a moving part of the scenery, with Gorsky’s restaging, they bustle around the stage, “…breaking the symmetry and lines typical of Patina.”  Gorsky added an element of playful lightheartedness to the new-found dynamism and significance of the chorus, characteristic the Bolshoi’s productions of “the Don” to this day.  Alexander Gorsky is known today for his restating of Petipa’s ballets which include Swan Lake, The Nutcracker, and of course, Don Quixote.