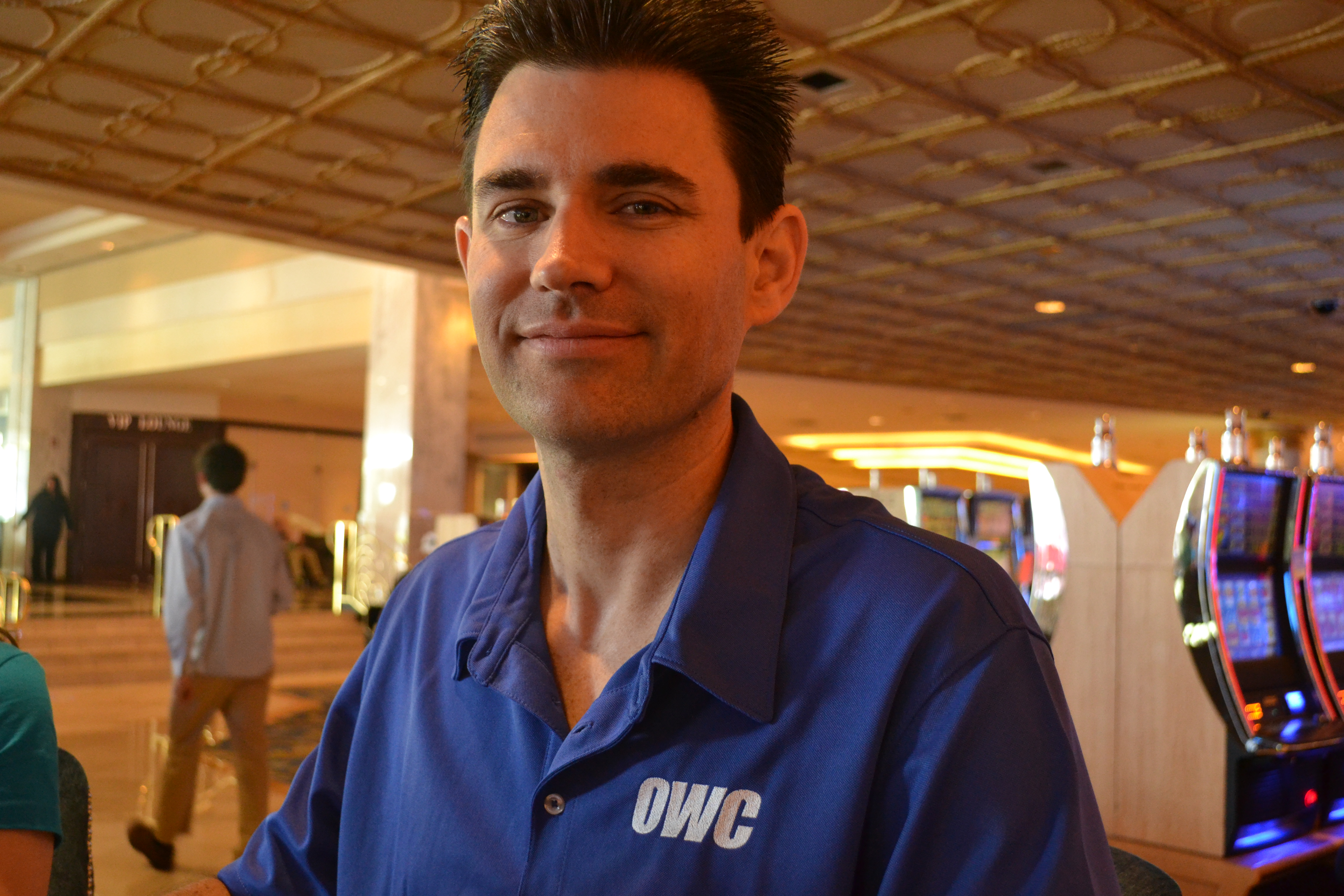 NAB, April 2016 – OWC is the abbreviation for Other World Computing, one of the longest running 3rd party computer component and storage solutions providers in the personal computer industry.  The company started with individual users and small companies and now supports enterprise customers and cloud providers with their products.  In a casual and comfortable one on one discussion, we sat down with their CEO and founder to talk about his journey and the company.

It seems like yesterday, said Larry O’Connor, when I asked about his early age of establishing his company.  He was 14 years old. Young entrepreneur from Wichita, Illinois. It was in the middle of nowhere – he recalled – “My dad used the computers in his business, he had a TRS 80, so I was exposed to this “staff” in the early age.” He upgraded it.

I do think that was a disruptive business in that time, and I did think I could do it better – he stated.

He recalled, he saw the man coming to their place to do an upgrade on a computer.  The technical spent most of his time sitting with the feet on the desk and reading a newspaper. It was then he realized that the paperwork took more time than the effort and process of upgrading the computer. He explained that he then realize, all the folks that need a memory upgrade they don’t need to go to a local computer store. I don’t need to go to the computer store. I can support them and educate them, upgrade it, and even show them how to do it faster and for better price.

In those days, back in the early 1980’s , he found that prices were not changing that quickly and the major computer sale magazines had prices and multiple suppliers for memory, storage and all the accessories.  He then found that AOL had an on-line store and chat rooms and an 800 phone number, so his age did not matter, just his knowledge and enthusiasm, to be able sell products.  Also, this time was the start of the rise of overnight shipping industry. This was convenient as he could not drive to buy parts or pickup systems for service.

The company started with providing services with known parts going into known computers.  He started identifying new components that would improve the performance of the computers his customers had without having them buy a whole new system.  He also started to build devices & software that would allow existing parts and peripherals to work with new operating systems and computers.

The driving factor is he cares about the customer, their problems and how to make the computers a productivity tool for them rather than a block in their path they have to put a big effort into learning.  He has kept this mentality as the core of the company, and found people with like thinking along the way.

When asked, how did he transition from one person at his parent’s house to running a company that just relocated as they exhausted the local hiring talent pool, he said that he does not feel he runs the company.  While people work for him and may report to him, he has to report to everyone at the company and the customers – he is responsible to everyone for what they are doing.

A focus for the company is still on solving customer problems, he sees the future in software to solve problems and expense for customers as well as preserving the value of legacy hardware.  He feels that computers and accessories get obsoleted by software applications faster than they stop working and need to be replaced.  Software and support can help extend the useful life of a lot of legacy technology for customers at a fair price.