CES 2018 – 5G and AI stimulate the world of new technologies 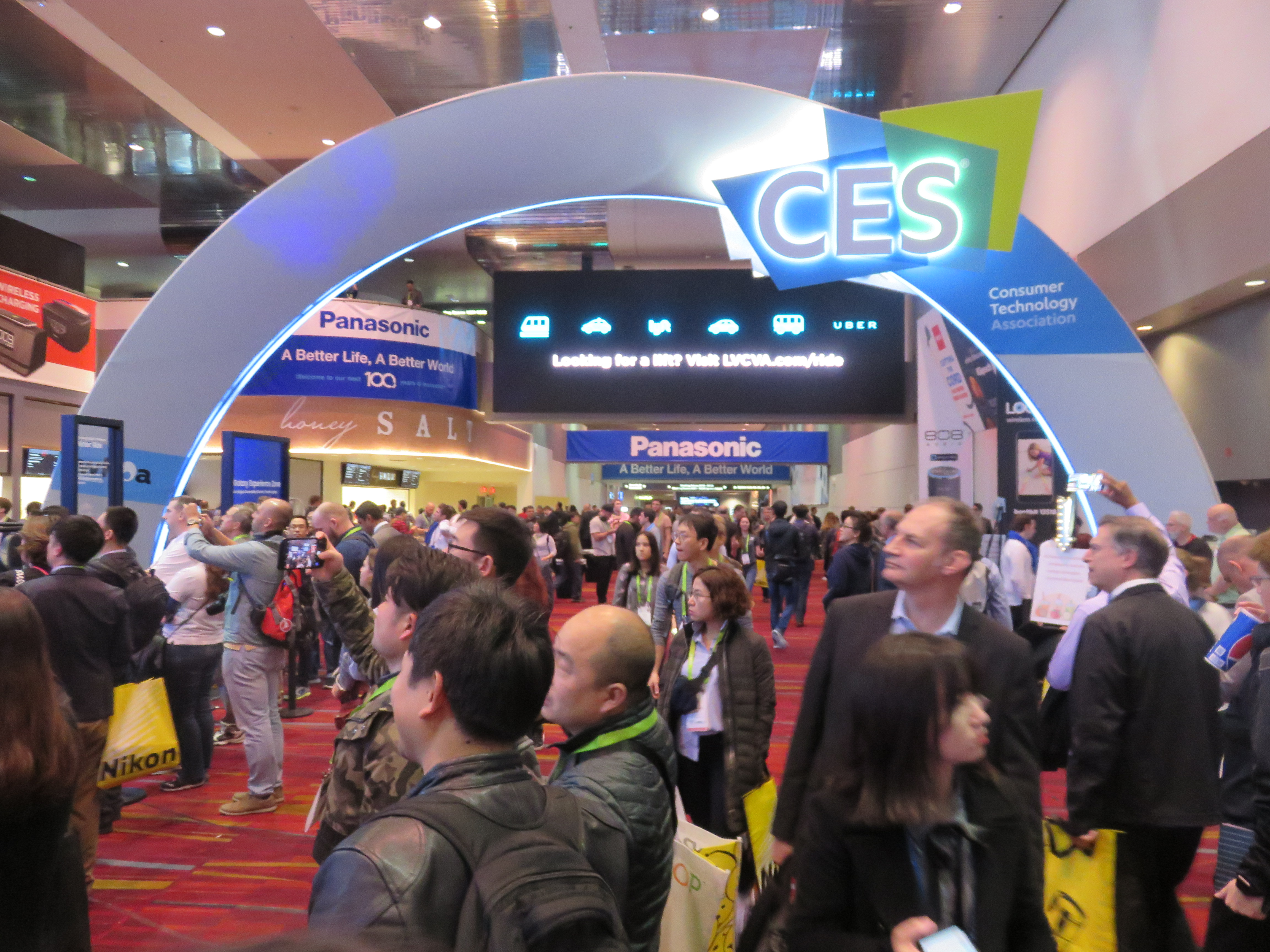 CES 2018 will be remembered for its lights going out at the Las Vegas Convention Center filled with thousands of televisions and electronics. Those who were in the building found their ways to the exits using the lights from their cell phones. Within minutes, the blackout forced the convention center to be closed for over two hours. Although this unfortunate incident made international headlines, this year’s CES was still an exciting and stimulating event for the global tech community.

CES is a platform that allows an interaction with a new generation of technology! This year, over 170,000 attendees from 150 countries, 3,900 exhibitors presented their products and services, 7,000 journalists and bloggers all came to Las Vegas to report to a broad audience that the convention center wasn’t quite able to accommodate.

Steve Koenig, analyst and director of CTA (Consumer Technology Association) at the press meeting which took place two days before an official door opens, announced the main trends in the global tech world. His focus was on 5G and AI as the ingredient technologies for 2018 and beyond. 5G was the theme of my article in the last edition of Property Journal. It is important in the era that has a flood of automated data.

By 2020, the average internet user is going to create around 1,5 GB of traffic per day, but a smart hospital will produce 3,000 GB and an autonomous vehicle 4,000 GB per day. Today every big city has 4G and everyone who watches content on a mobile device is familiar with the buffering wheel icon which means that the operating system needs more time for downloading content. But for the consumer it means lost time for waiting. When 5G will be implemented that will no longer be the case.

How fast is 5G? Let’s use an example. How long would it take to download the two-hour-long “Guardians of the Galaxy” movie? In 3G (2001) it took 26 hours, in 4G (2009) only 6 minutes, in 5G (2020) it will be 3.6 seconds! There is no doubt that 5G is going to revolutionize everything including telecommunication, automotive, healthcare, social media, real-time GPS, mobile payments, video streaming (4K and 8K) and access to the Internet at the fingertips anywhere, anytime.

The second ingredient that will stimulate global technology is AI. Before, the abbreviation AI meant “Artificial Intelligence”, but some industry experts believe that the term is too closely linked to popular culture and has negative connotations. That is why AI is now described as “Augmented Intelligence”; to help people understand that AI simply improves upon products and services, and does not replace humans. Unfortunately, they both have the same acronym – AI.

IBM that heavily invested in Artificial Intelligence system called Watson suggested to use the term “Intelligence Augmentation” – IA. Quick note:  it is not about Sherlock Holmes’s assistant, Watson, but Thomas Watson, the charismatic CEO of IBM during the years, 1914-1956.

Many companies invest in AI because they believe that Augmented Intelligence is the key to learn what humans like and dislike, perfectly suggesting the products to match their tastes. Just recently Google joined the race for more customers by using AI. For the first time, Google had a standalone booth in the middle of the convention center at the CES. Outside the convention center, they had many signs and banners on the streets of Las Vegas that was read – “Hey, Google”.