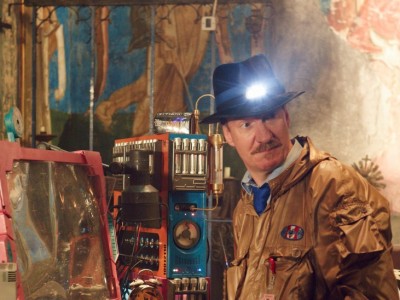 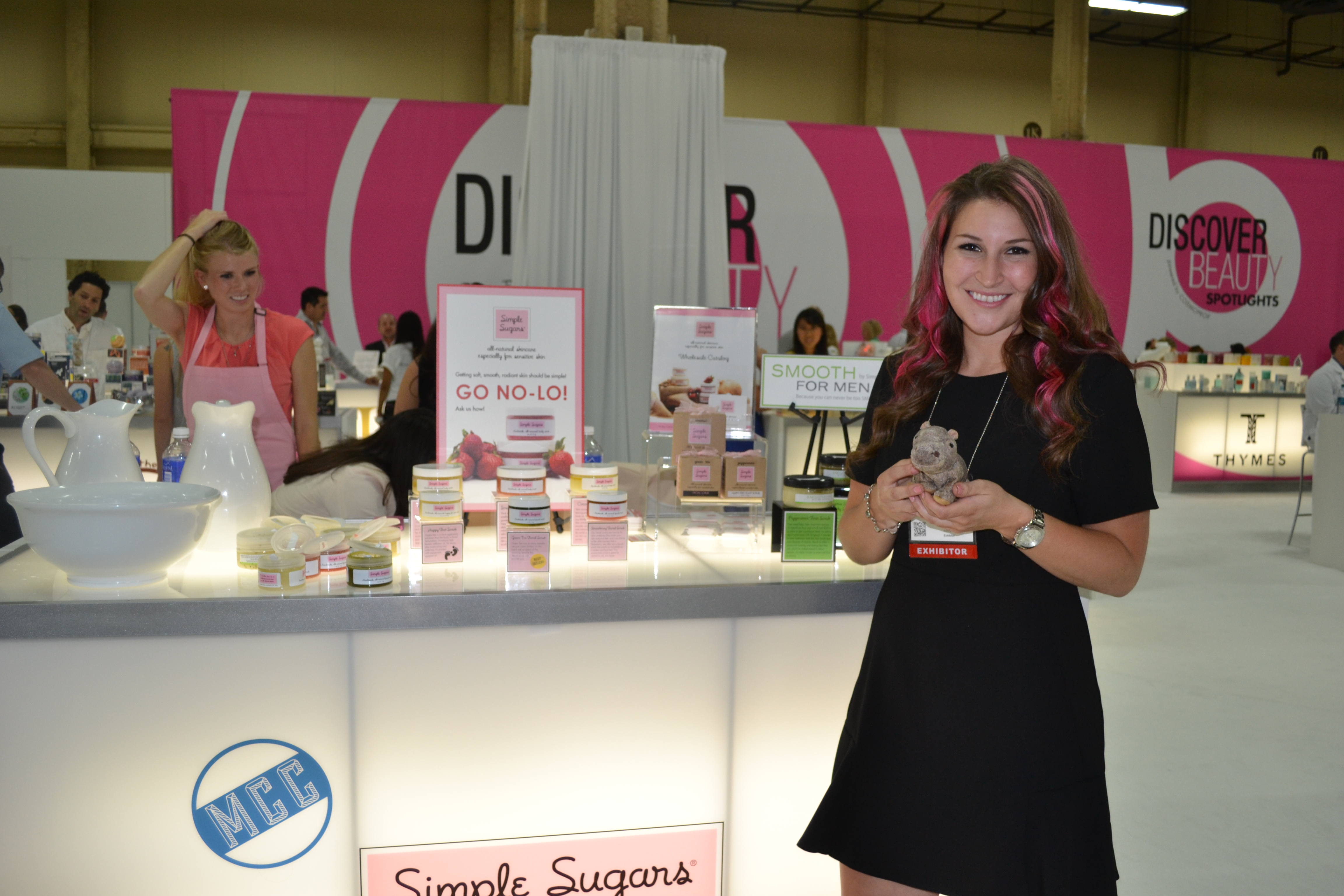 July 2014 – At CosmoProf 2014, Mark Cuban, gave a keynote on innovation, investment, and what makes a good business. Mark is best known as a venture capitalist, investor, owner of NBA’s Dallas Mavericks, Landmark Theatres and Magnolia Pictures. Recently he added that he is one of the stars of the TV series Shark Tank that gives small businesses an opportunity to speak to influential investors to help them grow their business.

In the keynote, Mark referred to one of the companies he recently invested in through the show that was represented at the conference. The company is Simple Sugars, and the CEO, inventor and founder of the company is Lani Lazzari who just recently turned 19. Mark indicated that the interest in the company was not necessarily the cosmetics angle, but that the business had the key points he looks for in an investment – a unique product that addresses a market gap, passion from the founders about the product and it possibilities and most importantly a business model that is realistic and fiscally sound.

He found all of these in a company that was created out of necessity and was being presented by a teenager who not only believed in the product, but made a plan as to why it was a business. At the show, I had a chance to talk to Lani in her role as CEO of Simple Sugars.

Lani operates the company he founded – Simple Sugars – from her hometown of Pittsburgh, Pa. Her business produces handmade, all-natural skincare products such as Green Tea Facial Scrub, Strawberry or Coconut Body Scrub that were placed prominently in the center of the booth for the largest distributor at the show. Even though she is young, she has a few years of experience in business under her belt, and most importantly, is open to learning and getting assistance from those more seasoned in the business such as her distribution partners and the advisors available through the investment from Mark Cuban. Just like teenagers talking about their daily lives, she talks passionately, freely, and quickly about her business with an open bubbly personality.

How did you start the company?

Lani explained that in 2005, when she was 11 years old, her mother suggested that she and her two youngest brothers were not going to buy any Christmas gifts at the store. Instead everyone in the family needed to make them. She chose to make a body scrub that was free of color and preservatives. She used this scrub for herself as well as giving it to the rest of the family, and they both loved it and used it. Based on encouragement from her family, just a short 2 months later on Valentine’s Day, she was ready to open her own business operating in her parent’s basement.
This effort and story that was discussed in the local media got her going out and pitching her business to others which get her the opportunity to appear on Season 4 of the American reality television series “Shark Tank”. Her efforts and alignment with his investment criteria got the attention of Mark Cuban who invested $100,000 in the Simple Sugars Company. Following this highly publicized investment she got recognition as an emerging teenage entrepreneur in many publications including Forbes.

Why did you feel you need to make this product?

I started Simple Sugars because I have very sensitive skin, and I had eczema every since I was a baby. So I was looking for solution for my own problem. I was always at the dermatologist and I couldn’t find any product that worked for me. I figured there were also a lot of other people with this same issue, so I did some research how to make my own product and Simple Sugars was born.

Why did you decide to turn this into a business?

I was inspired to be an entrepreneur because I watched my mom, and she had a very bad experience in the corporate world. I was very discouraged about a standard corporate career, particularly as a woman. One day, I had the realization that I don’t want to work my whole life, be extremely successful and good at something that I enjoy, only to have someone take it from me as soon as I decide to have a life and my family outside of my job. This was the impression that I had of my mom’s situation. I saw entrepreneurship as the only way to be responsible for my own success. That why the entrepreneurial spirit drove me and I was able to take Simple Sugars as far as I have.

Why did you decide to run your own company versus license it and sell to someone else?

The long term goal for Simple Sugars is to create a fantastic job place where people love their jobs and love coming to work every day. I realized that you can’t do that if you outsource everything. 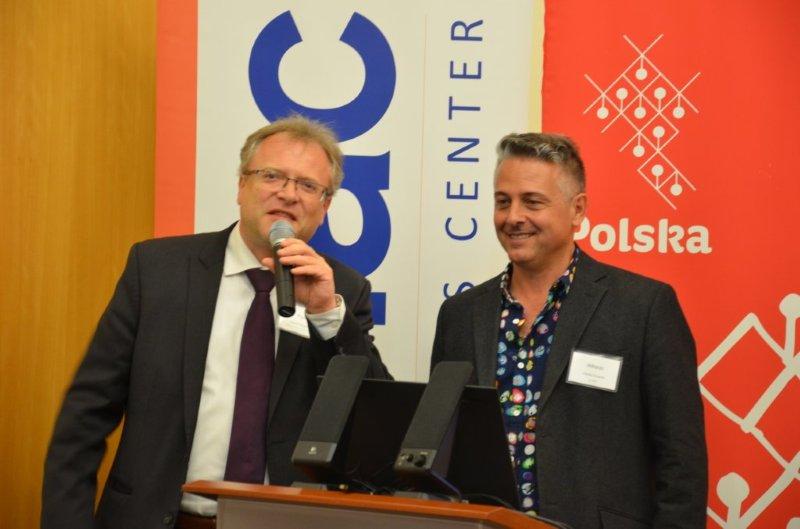 June 2014 – For one afternoon Palo Alto was the host for the Poland Demo Event at the Wilson, Sonsini, Goodrich & Rosati offices. Poland is turning Silicon Valley and San Francisco on its ear by bringing more and more startups and established companies to the area, and is continuing the effort to do so. The government in Poland has already launched two programs and announced the next one – Polish Silicon Bridge starting this this summer.

While the event in Palo Alto was focused on IT technology, it is not the only sector that Poland is bringing to the world. The Minister Henclewska just last week was a patron for a strong Polish presence at the Bio International Convention in San Diego, a global event for the Biotechnology industry. Poland has a strong presence in this space as well , and activity is ramping for the global market.On Thursday, June 26 Mrs. Grazyna Henclewska, Under Secretary for Poland’s Ministry of Economy opened the Poland Demo Event. She pointed out that the Polish IT/ITC sector is rapidly growing and Polish companies are getting more visibility in both Silicon Valley and Europe. The week before the event, the Polish team won the First Computer Coding Championship held in Finland. A similar program for Polish tech companies will be run in future in other places in the United States as well as on the Asian markets. Ms Henclewska also announced the new Polish Silicon Bridge program. It has been launched by the Polish Agency for Enterprise Development in cooperation with Polish Silicon Valley Accelerator Center and US-Mac in San Francisco. The Minister was accompanied with Justyna Gorzoch, from the Department of Innovation and Industry from Poland, and Pawel Pietrasienski, Minister Counselor of the Embassy of the Republic of Poland. There were also representative officials from neighboring countries ,Richard Pivnicka, Czech Republic’s Honorary Consul General, and Peter Kmec, Ambassador of Slovakia.

The companies at the event each gave a short presentation followed by table discussions and demos set up for the evening’s reception. The reception had an enthusiastic crowd that was free to interact with the founders and gain more details and go “in-depth” by raising further questions about their products and services that were shown in the presentation.

1. Bizlynq
Bizlynq is a cloud-based integration platform for business that helps automate business processes from anywhere on any device. It can be used both as a PaaS (Platform as a Service) or SaaS (Software as a Service) solution, so you can use it anyway you prefer: completely cloud-based or installed behind your firewall.
2. MobiMalls
MobiMalls creates mobile solutions for Shopping Centers. Shopping center managers are provided with mobile communications channels to get to know their customers’ preferences and respond to their needs in a customized way. The users can get one application that contains all the shopping malls in your city and get indoor maps, best deals, and coupons.
3. BeeeBaaa (Be3Ba3)
BeeeBaaa is a booking management system for artists, clubs, venues and promoters. It helps artists and club owners manage their events. Functions include selecting artist/ club, negotiations and generating agreement, and finding substitutions in case of force majeure.
4. Autoplug.in
Autoplug is a small hardware device that informs about the problems in the vehicle. It constantly monitors the car’s computer while driving.
5. Amodit
Amodit is an innovative workflow system, which implements a patent-pending method for adaptive modeling of workflows. Using artificial intelligence techniques with dynamic dataflow analysis and prediction of user behavior dramatically reduces costs of deployment.
6. Enspirion
Enspirion the first company in Poland to provide aggregation and management services for electricity demand reduction (Demand Response). Enspirion is part of the Energa Group. The demand response service adjusts aggregated demand and smooths out the electricity supply and demand.
7. Enteye
Enteye is a Platform as a Service that provides all tools and hardware infrastructure for deploying Internet of Things devices based on microcomputers with embedded linux. Th platform has a free version for developers, and device software code is open source.
8. KanBo/ObjectConnect
KanBo combines the elements of Kanban with social communications and the Microsoft SharePoint. KanBo provides workflow visualization inside of organizations.
9. Pixel Technology
Pixel Technology specializes in applying informatics in medicine. The company provides solutions designed for radiology and public health administration.
10. Quantum Lab
Quantum Lab wants to teach computers how people feel by tracking, measuring, and analyzing emotions and moods using different methods and technologies based on science and psychology.
11. Robotics Inventions
Robotics Inventions develops preproduction prototypes (including Bill of Material) in 6months. They focus on fully- and semi-autonomous robots and vision systems. They supply software modules for autonomy called RI SPIRIT, a robot swarm management system called RI FLEET, user interfaces and various components. They have a dedicated production facility, as well as robotics professional services.