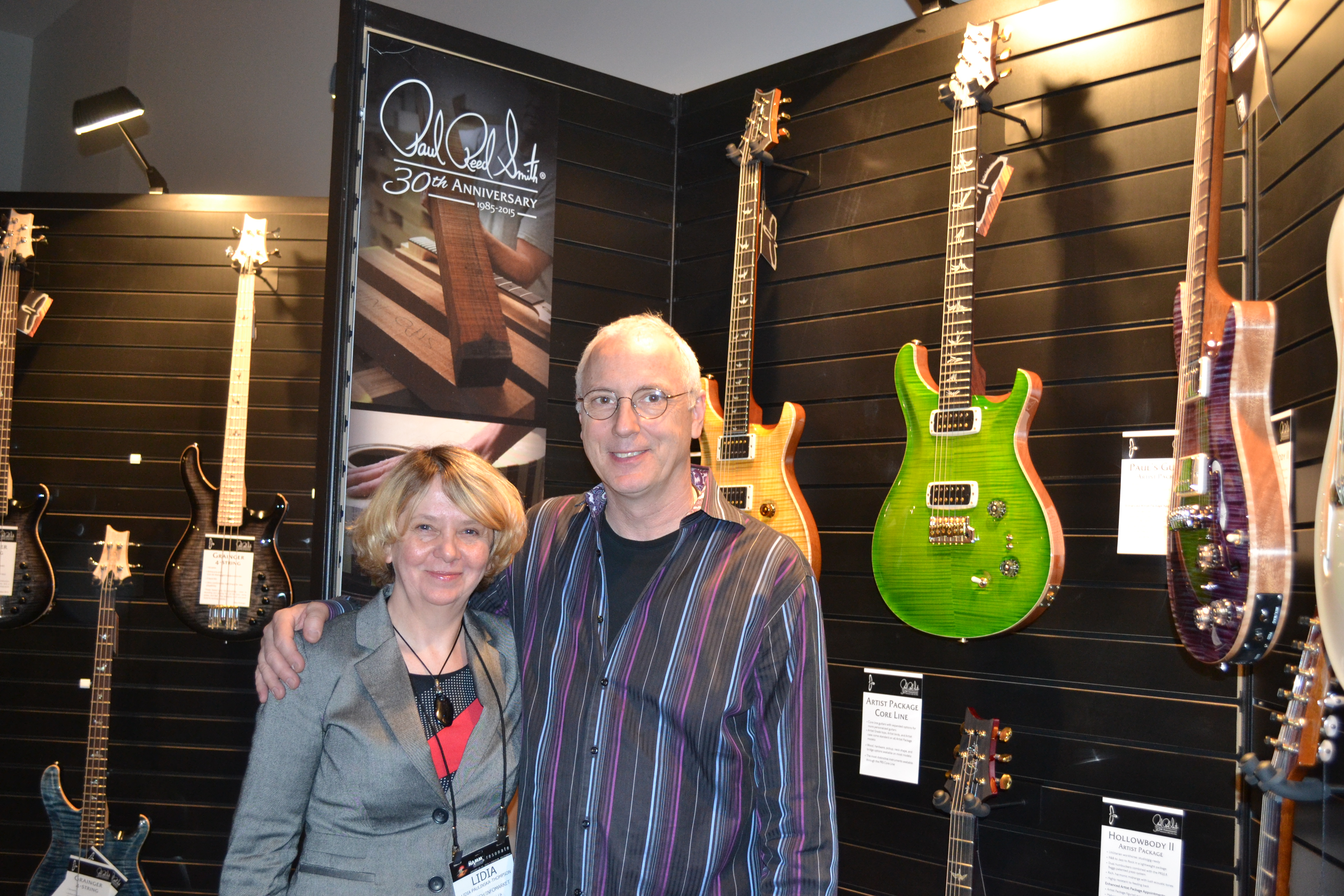 Paul Reed Smith is a master luthier and the founder and owner of PRS Guitars which is considered one of the top makers of high quality guitars in the United States. Carlos Santana, Orianthi, Jimmy Buffett all claim their PRS guitars are their favorite instruments. Ted Nugent has owned a PRS guitar for decades. Mike Oldfield, Larry LaLonde, Al Di Meola have also used PRS guitars in public performances.

It was a strong passion to make it?

There was a strong passion to be at the band. I wanted this piece of gear but I did not have money so I needed to make it. So if I wanted to base I made it if I wanted a guitar I made it. Because I wanted the staff people at the band have but I can’t get money from my family so I made it.

Apparently that was easy for me to do it, I can measure something and make it. That was fun I enjoy it and then I started to make living by making the instruments for professional musicians and I finally got Carlos Santana and Al Di Meola and Howard Leese. From that point he started his own company as he said: there was enough power in guitar business to be endorsed so people will pay attention when he goes to market”. Santana, Leese, Di Meola there were people they took me under their wings. He decided to do it.

If I could play in the band in high caliber as Carlos’s band or Deep Purple or whatever I would done it but I wasn’t good enough musician. My decision was financially driven. If I want my kids to go to good college I needed to make living. Otherwise I wouldn’t be able to rise the family.

How did you settle on what the product line was?

It is all like baby steps. If you making the instruments for somebody you are making modifications like baby steps. There were some big steps modifications – they wanted me to change a body shape that we are using now (big step), to put the burden laze (?) major step, when we switch to get more sound from the guitar (major step). But if I met somebody like Peter Frampton and I said I wonna make a guitar I would go to the rodeo and ask to play his guitars and get an idea what he liked and I would put in the middle between his instruments. You can learned about what musicians like by using what gears they use. If I walk to the studio and I see what gears a guy is using I get general feel for it, what he likes to use. Smith – you are making a judgement where to point the gun.

Do you feel like you good at the judgments?

Sometimes perfect shot is the first shot. Sometimes it takes 30 years. With Carlos Santana the first guitar I made for him he did not like it, the second one he really, really liked. From there that was fine. John McLauglin on other hand, I was waiting for him to order a guitar from me for 30 years. One day, son, you will be good enough, one day. Now we are working on giving a shot very, very good guitar players. We see. It depends, sometimes you know from day one, sometimes you have to wait.

What wakes you up at night?

What is more challenging finding a the right gears or finding the people?

It is all the same bucket, I can’t separate it. I can tell you that not finding the solution can be very painful. You have so many famous people out there, if you would find the right solution for them they will give you an order. If you have an employee you have disagreement with, it can even more painful than not getting an order. The people are the both the challenge and the prize.

What do you do to manage the challenges?

I used to have a cat that sat on my lap and calmed me down. But that cat died. Right now, I focus on my 5 children – 3 blood, 2 step. They are the calming influence.

No, that not fun. Why? I want them to do what they want, you can’t forcing something on somebody. My dad wanted me to be a mathematician, but I thought that did not happen. But it turns out making guitars is pure math, it took me 30 years to figure that out. He was really good in one kind of math, I am good at visualizing geometrics. If you are guitar maker you need to be able rotate the design in your head in 3-4 dimensions before you make it.