“A trivial comedy for serious people” (Oscar Wilde on “…Earnest”) 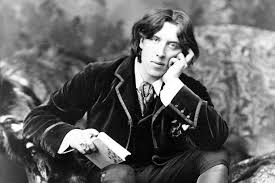 As part of a valuable cultural service, Fathom Events presented Oscar Wilde’s classic comedy of manners,The Importance of Being Earnest at selected theaters in the U.S. for a one-night-only screening November 3, 2015.  The performance was a filmed live production on October 8th, 2015 at London’s Vaudeville Theatre in commemoration of the play’s 120th anniversary.

As an iconic “comedy of manners” and one of the funniest plays in the English language, “Earnest” exaggerates the absurd superficiality of upper-class Victorian society, emphasizing the “importance of being earnest,” with “earnestness” having the connotation of intense conviction, dependability, and unflappable honesty.  Being earnest was an integral part of the moral code of honor nominally practiced by upper-class Victorians.  However, in practice, Wilde reminds us, “In matters of grave importance, style, not sincerity is the vital thing.”

The primary comic conceit in Wilde’s play deals with his clever use of the word earnest used both as an adjective in the afore mentioned sense, and Ernest as a noun…capitalized, minus the “a”, and being a proper man’s name.  The confusion and interchangeability of the names between the two main characters, Algernon and Jack, the latter professing to be “…Ernest in town and Jack in the country,”  forms the core of the play’s driving force of satire and duplicity, and an irony based on the characters’ violation of  the very essence of being earnest through their abiding dishonesty.  Jack is certainly not earnest when he pretends to be Earnest in the city but “Jack” in the country and the wit continues unabated throughout this Victorian romp.

Deftly directed by Adrian Noble (Amadeus, The King’s Speech) with a pitch-perfect cast featuring the incomparable David Suchet  (Agatha Christie’s Poirot), as the irrepressible, irascible Lady Bracknell, The Importance of Being Earnests  is rollicking high farce and wit at it’s very finest.  Algernon is in love with Cecily, Jack is smitten by Gwendolyn, and both are forced to adopt the names “Ernest” because the objects of their affections cannot tolerate a man with any name other than “Ernest.”

Ironically of course,  they forego the moral code of honesty associated with earnestness in order to satisfy their romantic interests.  However, all is resolved in the end and the two couples are joined to live happily ever after.

In the final scene of the play, Lady Bracknell comments to Jack, “My nephew, you seem to display signs of triviality,” to which Jack replies as he and Gwendolyn happily exit stage left arm-in-arm, “On the contrary, Aunt Augusta, I’ve now realized for the first time in my life the vital Importance of Being Earnest.”