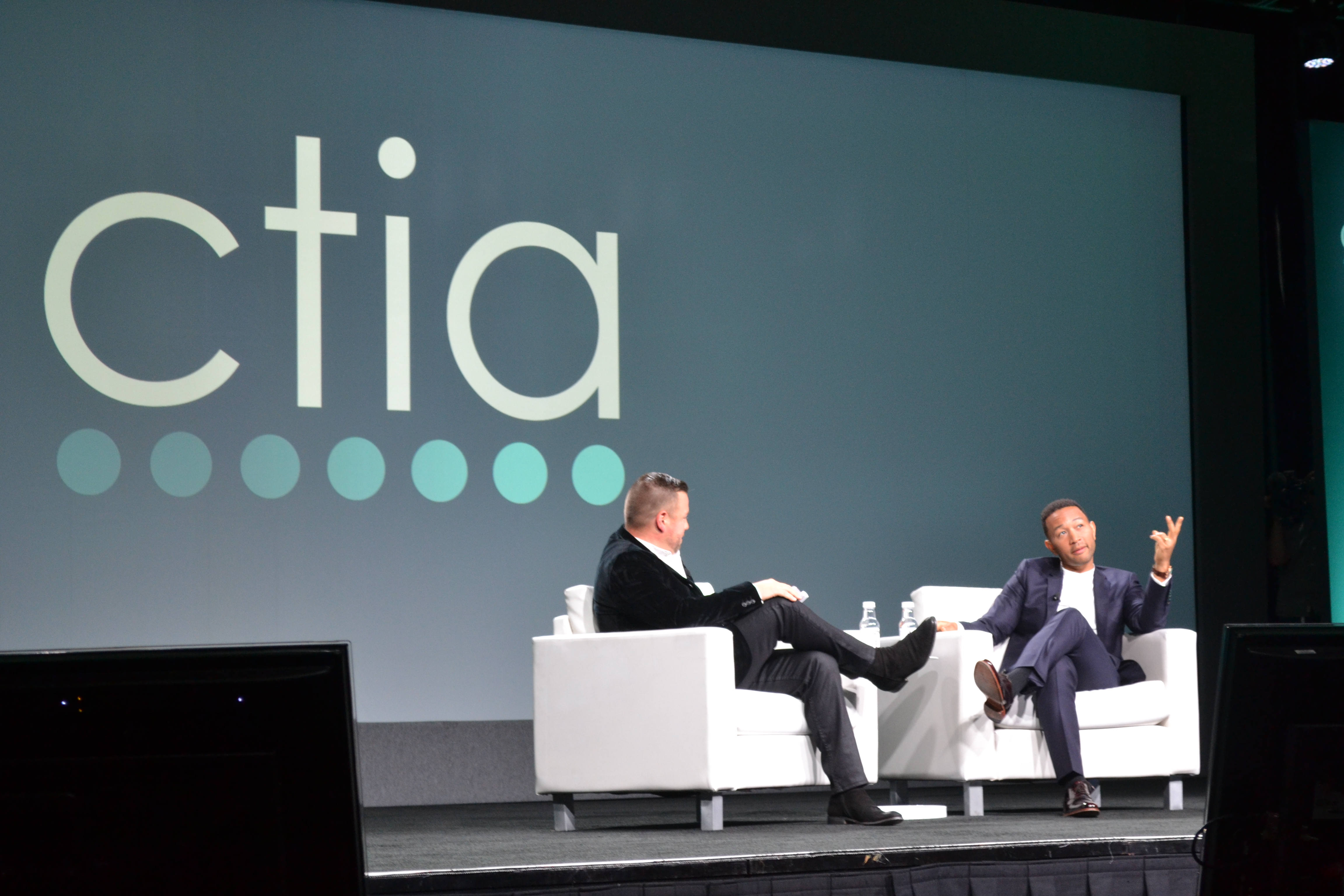 September, CTIA – The last day of CTIA 2016 conference brought a very special guest as keynote speaker – Academy Award winner, Golden Globe winner and 10-time Grammy Award winner, singer and songwriter – John Legend. His fireside chat discussion with Chris Hercik, senior vice president of Creative + Content, The Foundry@ Time Inc. the musician talked about how he and his wife Chrissy Teigen are for the technology and how they fully embrace it. He loves to be connected. He gave insightful overview on a topic how mobile technology continues to impact music industry.

Hercik also brought the information that not many know about the musician. John Legend is also a philanthropist. He volunteered to help the survivors after the Hurricane Katrina and Haiti. Recently he was ranked number 6 on the “World’s Greatest Leaders” list for the most influential figures from around the world in business, philanthropy and arts. On that list are people like Bono and Pope Francis. Legend was awarded for his effort to reform United States school and prison systems. Musician established the Show Me Campaign, a non-profit organization, to break the poverty trough education. He is also involved in some other charity organizations such millennium Promise Alliance to help African villages.

He spoke about his personal life with wife Chrissy and shared what makes him up. My daughter Luna –answered Legend with laugh. Luna is just few month old. I love music, I love doing what I am doing, and hopefully it makes the world more interesting and more beautiful place – stated Legend – I am lucky that I can do it every day.