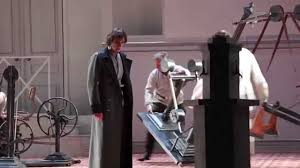 A Hero of Our Time Bolshoi Ballet – Live from Moscow

Fathom events, April – On Sunday, April 9, 2017, live from Moscow, thousands of movie-goers throughout the United States and abroad were treated to a one-time cinema viewing of A Hero of Our Time, the final ballet of the Bolshoi’s 2016-2017 Season. The splendid production was presented by Fathom Events, the indispensable conduit of cultural treasures with worldwide distribution and production by Pathé Live.

The ballet in three acts was choreographed by Yuri Possokhov with music by Ilya Demutsky and is based on a novel made up of five novellas by Mikhail Lermontov (1814-1841), a Russian writer and poet considered to be second only to Pushkin. Lermontov’s so-called “Superfluous man” novel features a classic Byronic hero (or anti-hero) by the name of Pechorin who in the ballet adaptation is represented by three different dancers in each of three act. (Vladimir Nabacov rendered English translation of the novel in 1958.) The three novellas adapted from the novel were “Bela,” “Taman,” and the longest of the short stories, “Princess Mary.”

The ballet is superb in all its manifestations on the Bolshoi’s wonderful new stage. The choreography is strong, crisp, and innovative and each of the three acts stand alone in style and tone from each other. However, therein lies a potential problem for an audience unfamiliar with Lermontov’s collection of novellas.  The main source of potential confusion is the fact that the protagonist, Pecheron, is performed by three different dancers in each of the three acts: Act one features Igor Tsvirko, act two is danced by Artem Ovacharenko, and act three performed by Ruslan Skvortsov, all wonderfully powerful, precision dancers in the grand tradition of the incomparable Bolshoi.

The three acts have a continuity of character portrayal (Pecheron), but differ markedly in style and tone which may add to possible confusion. Each of the three interpretations of Pecheron shows a side of his character which is influenced by age and experience. In “Bela” he appears indifferent to Bela, danced by Olga Smirnova, but is remorseful in a solo performance after her death. In “Taman,” so name for a small coastal town by the Black Sea, is home to a group of shady smugglers whom our hero gets involved with. Fearing that Pecheron will alert the authorities of their nefarious activitiea, a young woman named Undine, danced with purposeful strength by Eketertina Shipulina, attempts to drown him. Escaping, he winds up in a spa town for rehabilitating army officers. Pecheron flirts with Princess Mary , performed by Svetlana Zakharova, who falls in love with him, but he was merely toying with her affections and has no romantic interest in her. He is challenged to a duel by her frustrated boyfriend whom he kills. He ultimately loses his true love Vera, danced by Kristina Kretova, and lives on in despair as a matured and self-reflective “hero.”

The male dancers of course are as strong as usual, but it’s the ballerinas who shine in this production. Olga Smirnov as Bela is convincing as a young innocent woman who is given to Pecheron in exchange for a horse. As act one opens, she is covered in a blanket and is both vulnerable and mysterious. Her dancing is fluid and alluring beautiful.  Ekaterina Shipulina appears as the femme fatale Undine in act two, a passionate red-swan-like force, danced with strength and conviction. The graceful Svetina Zakhaorova performs the naive Princess Mary with style and grace, and as Pecheron’s only true love, Kristina Kretova’s Vera performs a dark and melodramatic solo that stands out as one of the most profoundly emotional and memorable moments in the ballet.

Atmosphere is very important in the novel and in this production itself and is well-expressed in the modern stage sets and Ilya Demusky’s varied and haunting score. Each act opens with a solo performance accompanied on stage by a solo musician or opera singer which has a haunting impact. Russian folk influences are apparent in Caucasus of act one. Act two the set designer (uncredited in the cinema info sheet) create hints of a small, harsh village represented by construction-like scaffolding and an ominous chorus of smugglers with flashlights. The third act takes place in a kind of gymnasium which simultaneously serves  as a ballet studio, gym, hall, and medical clinic/hospital, a somewhat disconcerting and confusing series of locals which in their own way add to the intriguing and unexpected nature of this extraordinary and eminently memorable ballet. 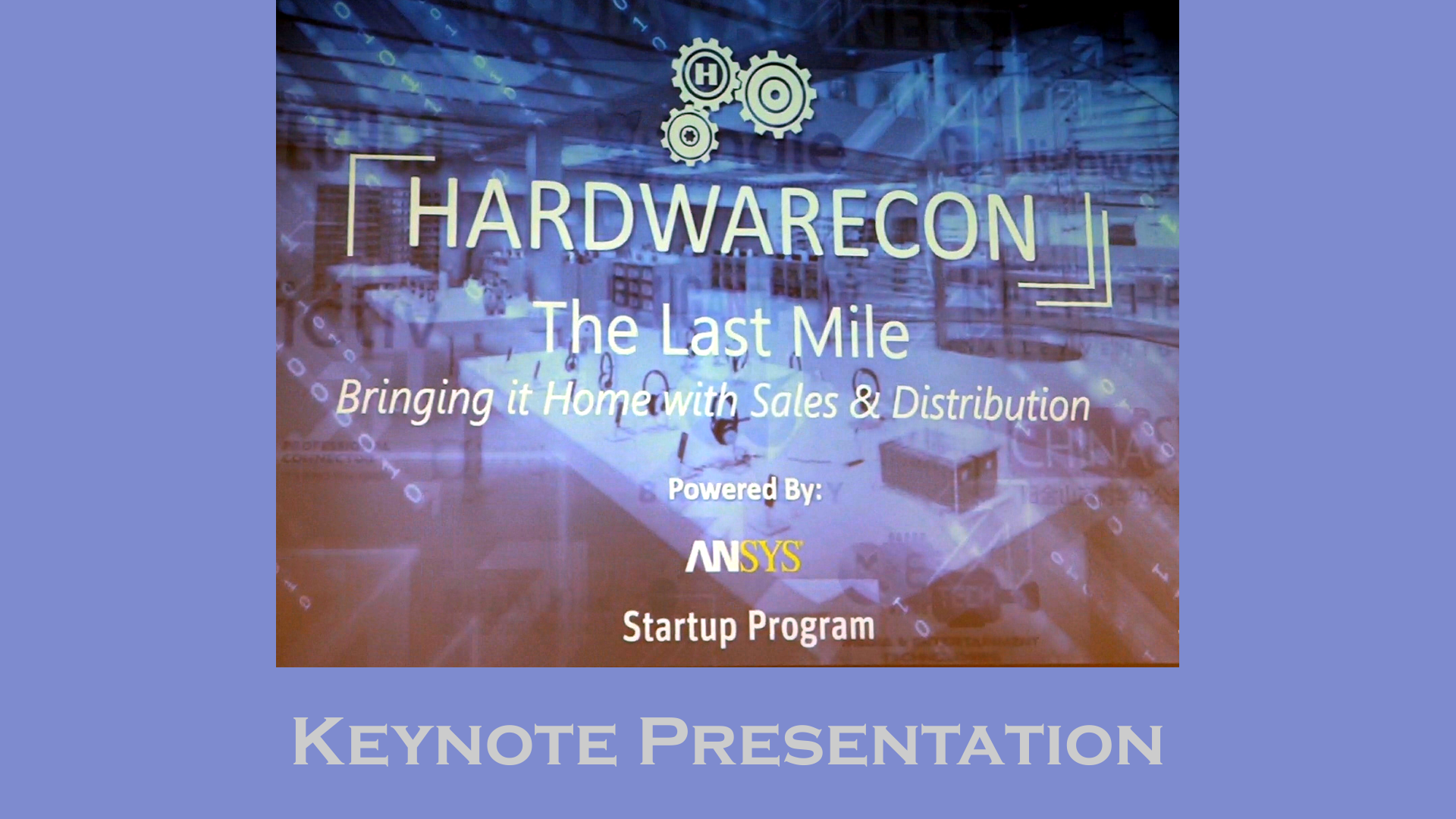 Bright Blue Innovation Host Lidia Paulinska talks to HardwareCon 2017 Exhibitors & participants as well as highlights and a short discussion with the keynote from Ansys Corp on system and physics simulation. Guests include the City of San Leandro and event “innovation pitch” winner HelloAxis showing their smart home product.

The episode can be found at Roadway.Media as Bright Blue Innovation S2 Ep6 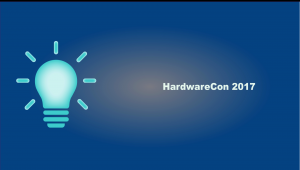 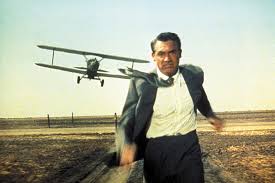 Fathom events, March – On the evening of Sunday, April 2nd, thousands of delighted moviegoers were treated in hundreds of movie theaters to the classic thriller North by Northwest, directed by the incomparable Alfred Hitchcock. A hapless advertising executive named Roger Thornhill, played by Cary Grant, is mistaken for a fictional government agent by a gang of spies head by Vandamm, their ruthless ringleader played by James Mason. Thornhill is kidnapped and then framed for the murder of a United Nations diplomat. He escapes his sinister captors and goes on a run across America in his attempt to clear his name. Eva Marie Saint plays Vandamm’s mistress Eve, but with a twist. Martin Landau has his film debut as Vandamm’s creepy right-hand man.

Thornhill has two memorable and iconic encounters that have become part of our rich film lore. The first is the encounter he has with a sinister crop-duster, a scene filmed in the San Joaquin Valley nears Bakersfield, California, about two hours north (by northwest?!) of L.A. (For devoted fans, it took place on Garces Highway). Originally, Hitchcock envisioned a tornado threatening him, but for tech reasons, settled on the bi-plane and an exploding oil tanker. It works beautifully, a fact to which film history attests.
The next harrowing scene in which the bad guys pursue Thornhill takes place in the Black Hills of South Dakota on the massive sculpture of four presidents carved into Mount Rushmore which depicts Washington, Jefferson, T. Roosevelt, and Lincoln. Thornhill along with Eva, find themselves clawing across the face of Lincoln, and in fact, Hitchcock had even thought of naming the film “The Man on Lincoln’s Nose” after a short story he had read by that name which inspired the scene.
Some actors who had aspired to roles in the film included James Stewart and Gregory Peck for the role of Thornhill and Grace Kelly and elizabeth Taylor as Eve.
The Production Code Administration had difficulties with the sexual content of the film, but Hitchcock prevailed. Martin Landau’s character was scripted as a homosexual jealous of Vandamm’s mistress, but Hitchcock agreed to have him be more subtle than the script demanded.
And incidentally, if you think you heard hints of the music from Psycho or Vertigo, you’re right. The music North by Northwest was composed by Bernard Herrmann who wrote the score for all Hitchcock films and is considered to be one of Hollywood’s greatest composers of all time.
North by Northwest is a classy thriller and an iconic American treasure, and it’s Hitchcock at his very best which is pretty good, indeed.
by Lidia Paulinska and Hugh McMahon 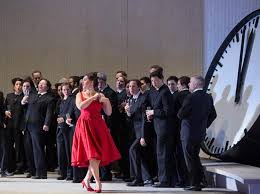 La Traviata – An Opera in Three Acts by Verdi

Fathom events, March – On Saturday, March 11, 2017, the Metropolitan Opera presented Giuseppe Verdi’s much-loved La Traviata through the popular “The Met: Live in HD” series, screened simultaneously in hundreds of movies theatres to thousands of opera lovers throughout the world.

Verdi’s masterpiece received it’s world premiere in Venice at the Teatro la Fenice in 1853. It managed to survive a notoriously poor opening night reception, but went on to become one of the best-loved operas in the repertoire. It is probably one of the most performed works in the history of opera.

The La Traviata was a unique and challenging opera for its day (mid-nineteenth century Italy) since
“The Fallen Woman” of the title, Violetta, was an unmanageable courtesan who defies the rules of the day to fall in love with and live with Alfredo, the embodiment of “respectable” society. This theme ran counter to the prevailing unspoken rule that only those of nobility were to be dramatized as victims of a tragic love affair and the opera’s initial impact on the audience was accordingly negative. However, with some reworking, it was accepted and praised by audiences soon after its premiere and such themes were to become popular right up to Julia Roberts’ portrayal of la traviata in Pretty Woman.

In this sparsely staged, stark white production, the dominant set piece was a giant clock, ominously indicating the theme of change and impermanence throughout the three acts. Time is running out. The essentially bare stage allowed us to focus our attention on the two principle singers, soprano Sonya Yoncheva as courtesan Violetta Valéry in the title role and tenor Michael Fabiano as her obsessed lover, Alfredo Germont. The chorus was made up of perhaps 30 or more taunting men who are inventively choreographed so that they are either silent or vocal witnesses to the unfolding tragedy of Violetta and Alfredo’s love. Violetta’s lipstick-red cocktail dress symbolically stood in stark contrast to the black and white tuxedos worn by the chorus, her ever-present marginally hostile party guests and “clients.” At the height of her popularity, she cavorts atop a lipstick-colored sofa borne aloft by her “admirers.” Later, when rejected and shunned by all, she collapses in the middle of an empty stage as those dearest to her turn away from her in revulsion.

This magnificent Met production staged by Willy Decker has been hailed by the critics as one of the finest Traviatas in decades. Prior to this staging coming to the Met, it was a sensation at the 2005 Salzburg Festival and it is agreed by the critics that this current Met offering surpasses its Salzburg predecessor. It is truly “Croce e delis al cor!” Torment and delight of the heart! In the grandest Italian operatic tradition. 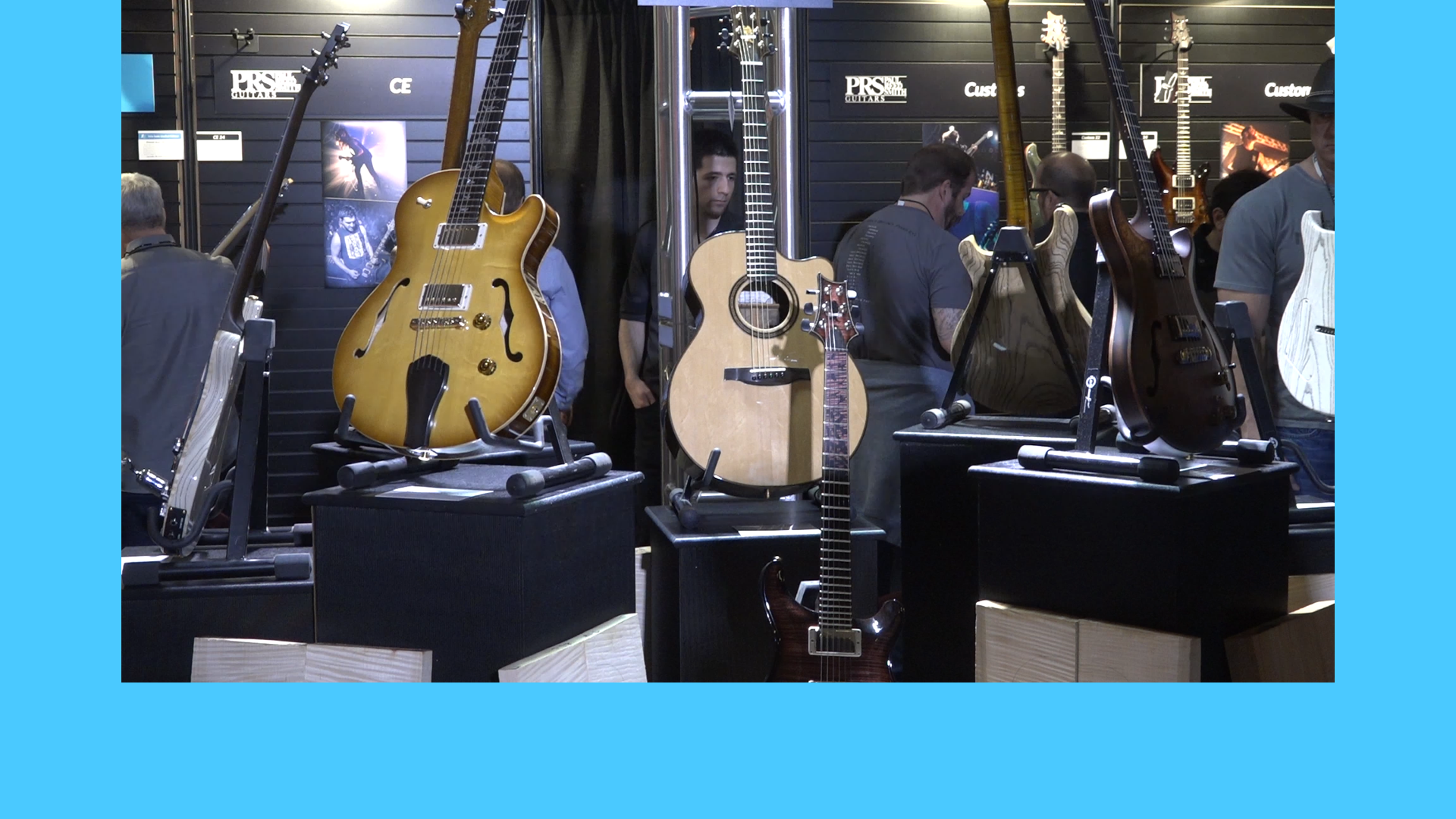 The episode can be found at Roadway.Media as Bright Blue Innovation S2 Ep4 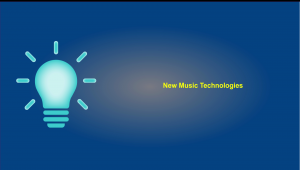 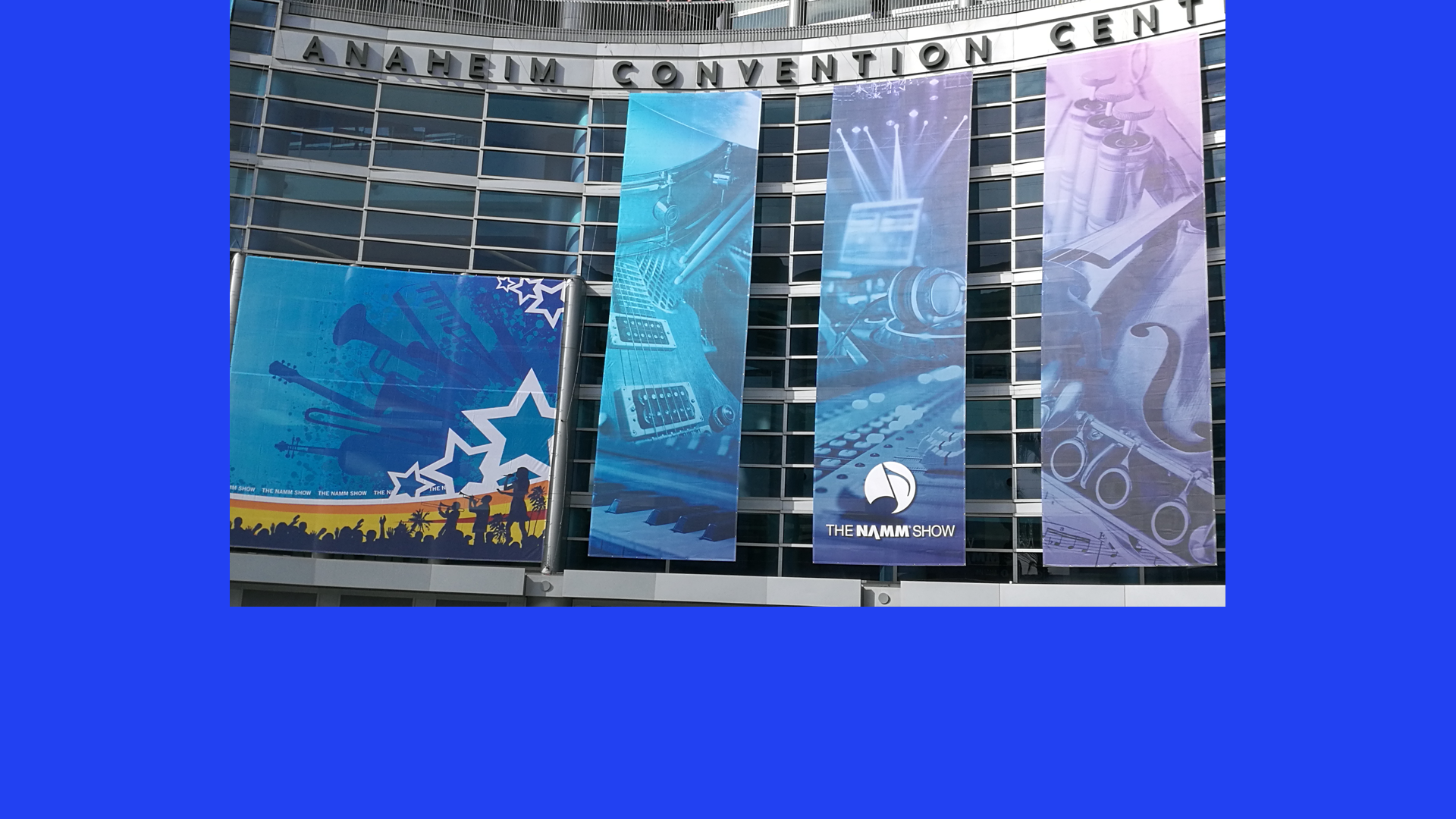 NAMM 2017 – Keyboards and Other Instruments

The episode can be found at Roadway.Media as Bright Blue Innovation S2 Ep5 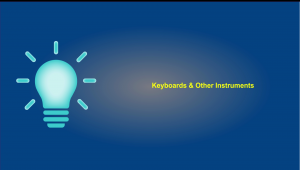