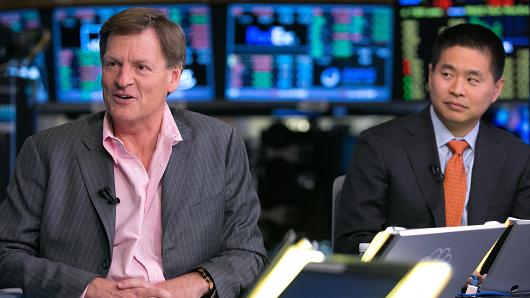 January, Churchill Club Event – On January 21, 2016,  the Churchill Club sponsored a discussion between Michael Lewis, celebrated journalist and author of the best-selling Flash Boys: A Wall Street Revolt, and Brad Katsuyama, “hero” of the book and co-founder and CEO of IEX (Investors Exchange), a stock exchange dedicated to investor protection against unscrupulous stock market manipulations.  The discussion focused on Mr. Lewis’  2014 book, and was ably moderated by Rami Branitzky of Sapphire Ventures.  The event  was presented to a packed house at the Computer History Museum in Mountain View, California, appropriately adjacent to a sprawling Google campus.

The central issue Mr. Lewis and Mr. Katsuyama addressed was high-frequency traders (HFT), the predatory villains on Wall Street who use their superior speed technology to take advantage of what’s called latency arbitrage , meaning they explore minuscule differences , like milliseconds (1,000th of a second), in the time it takes various traders and markets to receive data and then execute orders. The resultant latency arbitrage forces normal, i.e., slower traders, to pay more and the fastest traders make the most money.  These tiny delays allow high-speed traders to see a price fluctuation on one exchange (there are 11 public stock exchanges) and then quickly send an order to another market that it knows updates its prices more slowly, hoping to grab orders just sitting there at stale prices. Mr. Katsuyama’s IEX prevents so-called stale quote arbitrage by using electronic “speed bumps” to slow down all new orders and thus create a level playing field.

At one point in the discussion, Mr. Lewis expressed surprise that there seems to be little if any public outcry regarding some of the revelations in his books, like for example in The Big Short and in Flash Boys  that expose a rigged stock market abetted by crooked banks. But he claims what most astonished him were the responses he got on many college campuses where rather than displaying outrage at the systemic inequities in our financial system, the students seemed more interested in finding out how they too could get in on the action and make big bucks themselves!