Buffet and woodwinds changing with the times 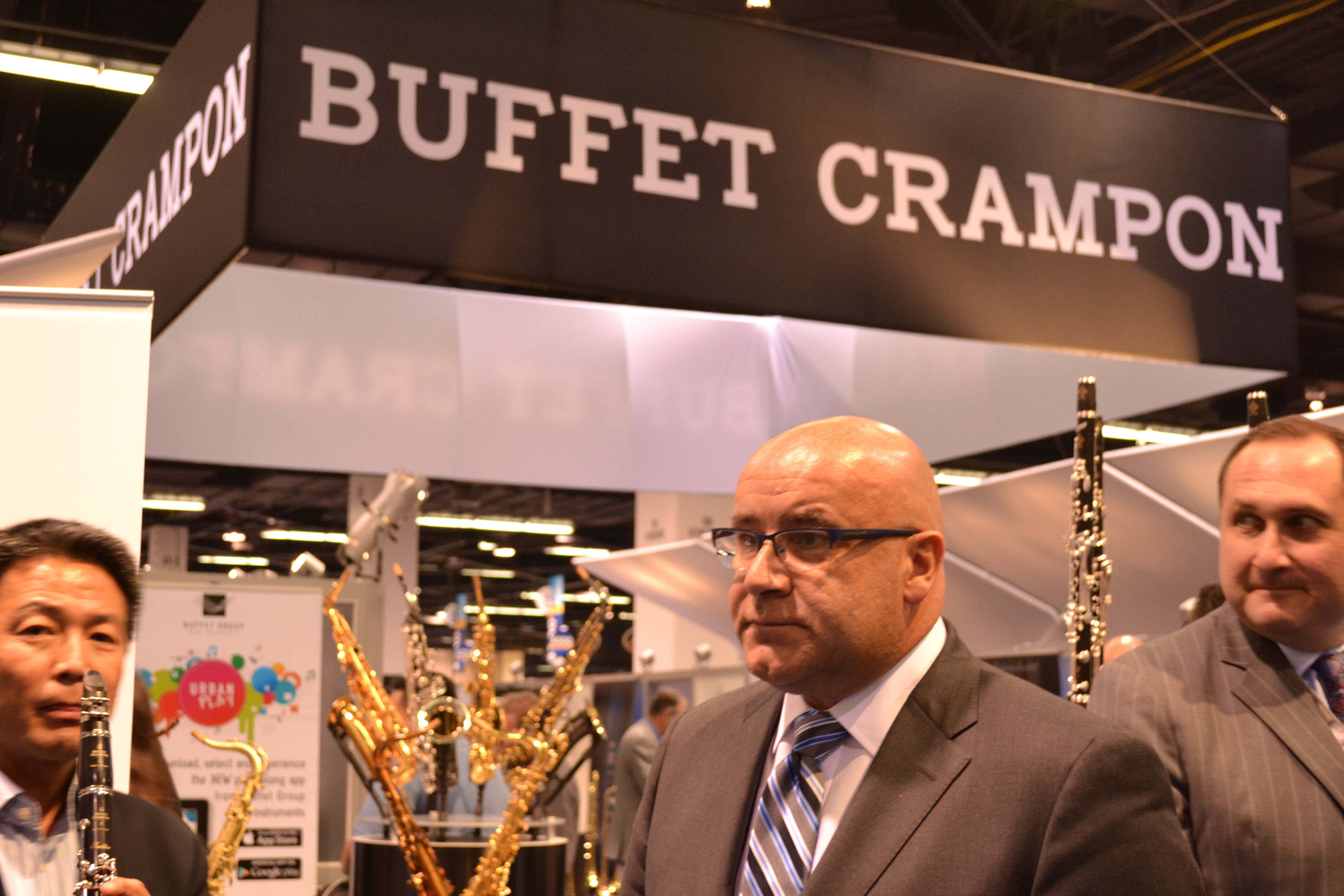 Buffet, the storied French manufacturer of woodwind musical instruments, including oboes, clarinets, flutes, saxophones and bassoons, refreshed its name and look this year. At the NAMM show, visitors to  their booth had a chance to see a name change as well as a new brand logo for Buffet Crampon USA. This is the first change to their iconic woodwind logo in over 170 years. The company decided to make its new look for the 190th anniversary of Buffet Crampon and 90th anniversary of Julius Keilwerth, the German saxophone manufacturer established in 1925 and now a part of the Buffet Group.

The changes were revealed at first in France at the beginning of this year  where the family Buffet began manufacturing quality clarinets in 1825. The French musical instrument maker expanded its operations under the vision of Jean-Louis Buffet and his wife Zoe Crampon. Buffet Crampon started operating exclusively in France, and over the years augmented the production to facilities in Germany and China.

Now Buffet Crampon is quickly approaching its second century of operation with a new name and logo as well as a new line of products including new clarinet models for 2016.  The product lines now include Tradition professional clarinet and Prodige student clarinet. Tradition establishes a third professional clarinet bore family (alongside the R13 and RC families) and features the first collaboration of European and North American Clarinet Artists in the design of new model. Prodige, on the other hand, sets a new benchmark for student clarinets with an all-new bore design that retains the tone of the Buffet Crampon heritage. Jerome Perrod, global president of Buffet Crampon and Francois Klok, president of Buffet Crampon USA talked with me about the challenges for the music makers in the development of the instruments.

For beginning musicians, the biggest challenge is how to keep the attention to the instrument and continuing playing if the first sound is not satisfactory? The most important thing is to keep the contact with the instrument. The big development for the new  instrument was covering a little so the sound is still pleasing. Now, it sounds good right away. This is a big move as a person learns to play the instrument because he/she feels better about their ability to create good sounds.  This feedback encourages beginners to continue to play more and study harder versus dropping classes and quitting. Klok, who is an oboe and double reed player reminisced that he was seven years old when he started playing oboe. My brothers and sisters hated me for doing that  he stated with smile.

There is another challenge for beginning musicians. Parents are not willing to make a big investment to buy an instrument with the  high risk that their son or daughter is going to drop it very quickly. On other hand, if a school buys the instruments, after a few months and multiple players, the instrument is used to much to be attractive any more. The Buffet Crampon presidents know how important ownership of is. Francois remembered that his first obo was lend to him from conservatory, and then his parents bought him a used instrument. He remembered his happiness and pride of owning his first instrument. He knows (and feels) how it is to say – this is my own oboe. Not my sister’s, not somebody else’s, but mine. It is important to make it affordable to young students.

With the new Prodige student clarinet, Buffet Crampon did a wonderful job in addressing these issues. The instrument sounds acoustically beautiful and would not stop music adepts from dropping playing it yet has an attractive price point for parents and schools.

The bottom line is – to create orchestral music we need to have an orchestra with all the variety of instruments.